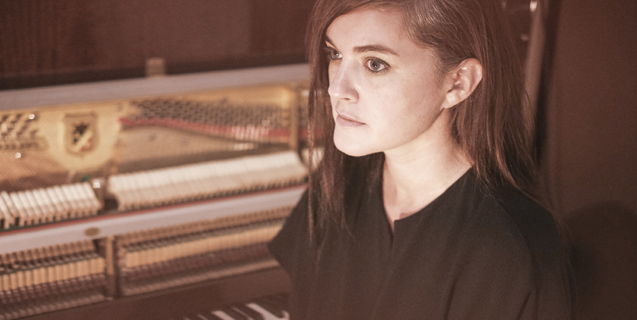 The People’s 500 is a celebration of the relationship between the Indianapolis Motor Speedway and the people of Indianapolis, marking the 100th Running of the Indianapolis 500 presented by PennGrade Motor Oil. The exhibit will run through July 16.
In October of 2015, Sugarmann chose 100 residents of the Indianapolis community from a pool of applicants to drive two laps in a pace car — the drivers uniting to complete the equivalent of a single running of the Indianapolis 500. Sugarmann and his crew photographed and interviewed each of the drivers, the resulting documentation serving as the material of the exhibition. Some of the drivers are featured among the 16 large scale photos in the exhibit. There is also video, and a sculptural piece.
“The Indianapolis Motor Speedway serves as a cultural beacon within Indianapolis, a location of shared history and civic identity for all strata of Indianapolis society. Members of the Indianapolis community feel ownership of the Speedway,” says Sugarmann. “In this exhibit, the pace car is the vehicle through which this mutual connection is furthered, the civilian/citizen being able to immerse him or herself in the environment of a professional IndyCar driver. The People’s 500 uses pace cars to bridge the viewer and professional driver and create an even stronger sense of civic ownership.”
This exhibit is the first at Tube Factory, Big Car Collaborative’s new cultural center with a contemporary art exhibition area. Located in what was a boarded-up factory building on a residential street in the Garfield Park neighborhood, Tube Factory will host a variety of conversations, performances, and events — while also serving as the workshop and home base for Big Car artists.
The People’s 500 is curated by Shauta Marsh, funded by The Andy Warhol Foundation for the Visual Arts and Creative Capital, and coordinated by Big Car Collaborative staff in partnership with the Indianapolis Motor Speedway. Framing provided by Editions Limited.

About Jesse Sugarmann: Sugarmann is an interdisciplinary artist working in video, photography, and sculpture. His work has been exhibited both nationally and internationally in venues such as the Getty Institute, Los Angeles; el Museo Tamayo, Mexico City; the Portland Institute for Contemporary Art, Oregon; the Banff Center, Canada; el Museo de Arte Moderno de Santander, Spain; and both the Paris and Berlin installations of Les Recontres Internationales. Jesse’s work has been written about in publications including ArtForum, Art Papers, the Atlantic, Frieze Magazine, the Huffington Post, and The New York Times. Jesse lives and works in Bakersfield, CA. You can learn more about his work at www.jessesugarmann.com.

About The Andy Warhol Foundation for the Visual Arts: The Foundation was established in 1987. In accordance with Andy Warhol’s will, its mission is the advancement of the visual arts. The Foundation’s objective is to foster innovative artistic expression and the creative process by encouraging and supporting cultural organizations that in turn, directly or indirectly, support artists and their work. The Foundation values the contribution these organizations make to artists and audiences and to society as a whole by supporting, exhibiting and interpreting a broad spectrum of contemporary artistic practice. http://warholfoundation.org/

About Big Car: An Indianapolis-based 501c3 nonprofit, Big Car uses creativity as a catalyst to a better city. By providing and supporting unique, educational, participatory, playful and personal experiences, Big Car engages people of all ages and backgrounds in art making and creative problem-solving — inspiring them to be creative thinkers and involved, connected citizens. Learn more at www.bigcar.org and see examples of our projects at www.bigcar.org/work.

About Creative Capital: Creative Capital supports innovative and adventurous artists across the country through funding, counsel and career development services. Our pioneering approach—inspired by venture-capital principles—helps artists working in all creative disciplines realize their visions and build sustainable practices. http://www.creative-capital.org/

About Indianapolis Motor Speedway: Established in 1909, the Indianapolis Motor Speedway is the world’s largest spectator sporting facility and has long prevailed as an icon of motorsports excellence. After celebrating its Centennial Era in 2009-11, IMS and racing fans now look forward to the 100th Running of the Indianapolis 500 Mile Race this year. In 2016, get ready for an unprecedented celebration of the human pursuit of progress as the world’s eyes turn toward the Speedway. For more information, visit indianapolismotorspeedway.com. 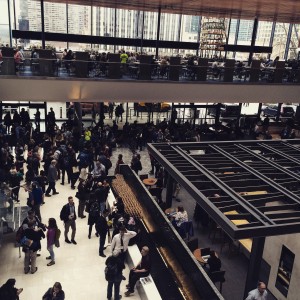