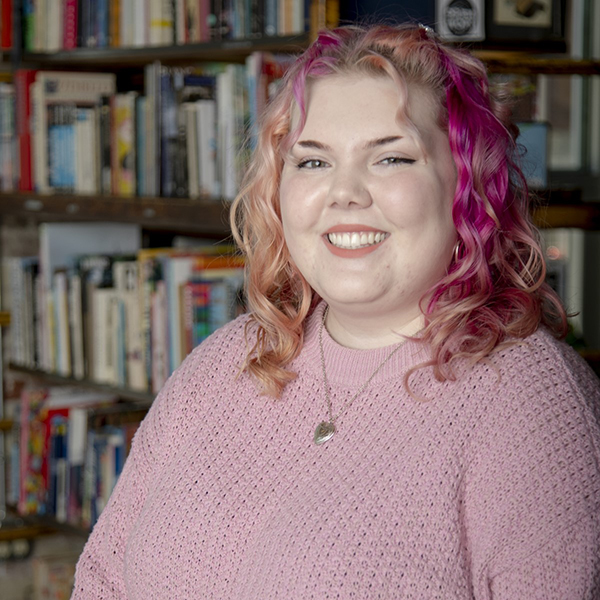 Graduating with her degree in visual communications on a Friday the 13th, Adair Allen was cursed with the burden of graphic design. Nothing is more painful than not being able to enjoy your morning coffee because you don’t like the font on the coffee tin. Adair serves as Big Cars graphic designer, alongside serving drinks at Normal Coffee. She enjoys chatting with customers and getting to fill up on as much caffeine as she wants. It’s not an addiction, a study on good coffee! 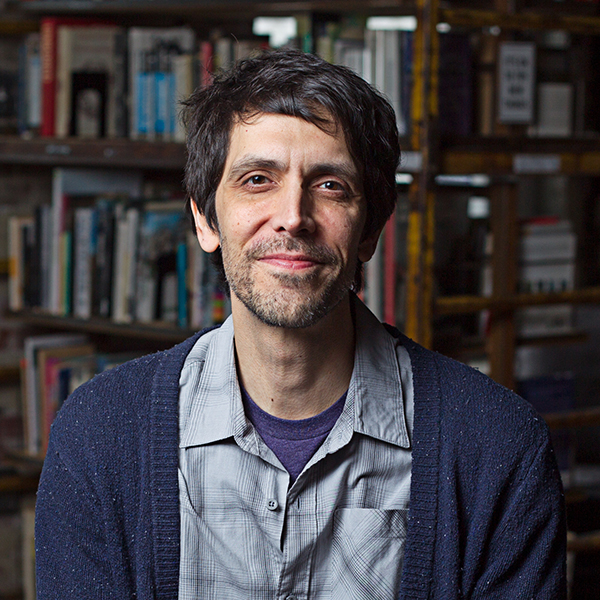 Andy is an artist, designer and musician. He specializes in collaborative design, frequently synthesizing diverse opinions from numerous stakeholders into singular, coherent outcomes. In addition to his work as creative director at Big Car, he has maintained his own design practice for over 15 years. He has a BFA in painting and a BA in philosophy from Indiana University, Bloomington. 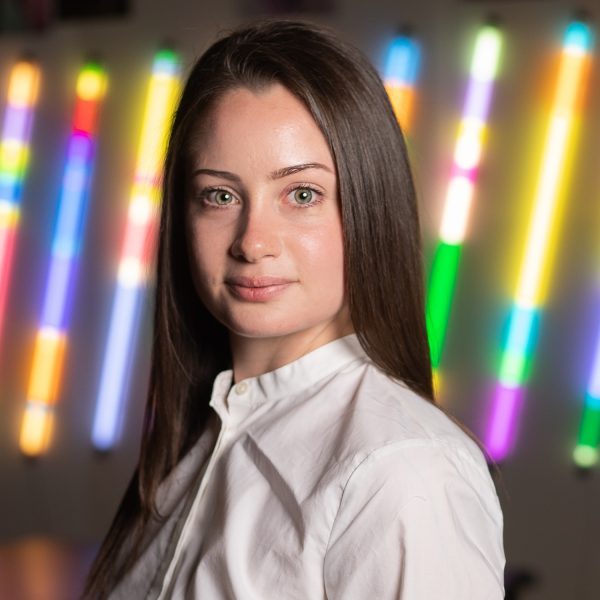 Carlie Foreman serves Big Car as a Director of Operations. Foreman hosts “Good Vibrations”, an electronic radio show on 99.1 WQRT that airs the first and third Wednesday of each month at 5pm. Carlie Foreman studied Fine Art, Sculpture at Herron School of Art and Design. As a native of Indianapolis, Carlie is driven to foster connection, growth and culture in her community through public art and programming. 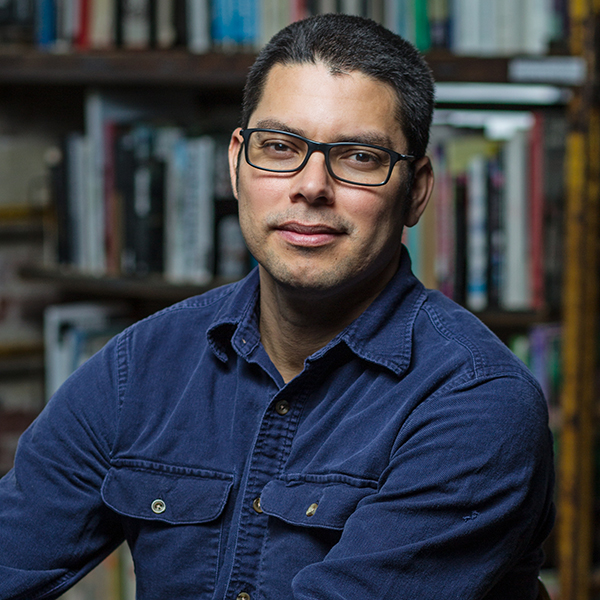 Born in Mexico, raised in the Midwest, Eduardo is passionate about bringing the two cultures together. He is a founding member of NOPAL Cultural Center, a Latino-American arts organization. He also manages events and appearances of his friend El Camaron Electronico, a luchador whose mission is to bring culture to the community. 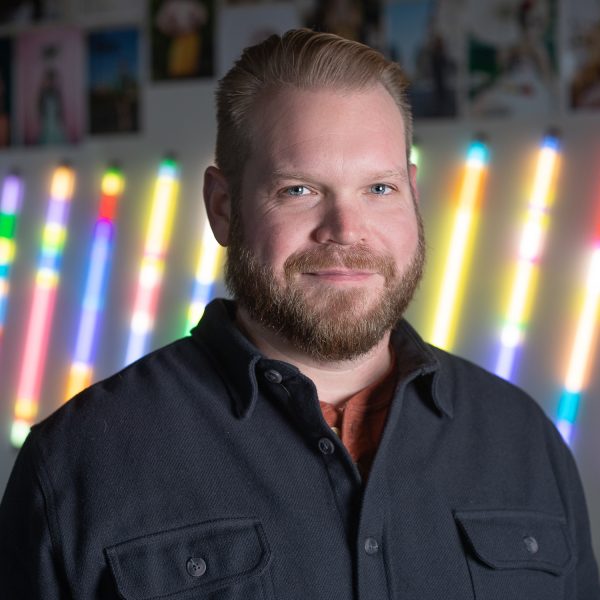 Gray spent the Sunday mornings of his childhood sitting in church, pretending to pay attention, but more likely thinking about Godzilla than God. The ritual and symbolism still sunk in. His most recent body of work — a collection of monster reliquaries — explores the relationship between a vessel’s appearance and the sacred object it houses. Gray received his BFA in Furniture Design at Herron School of Art in 2011 and his MFA at the University of Wisconsin-Madison in 2014. He currently lives and works in Indianapolis. 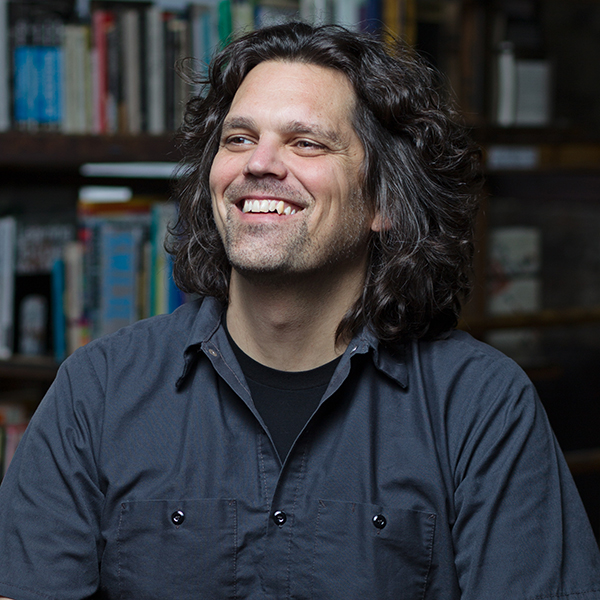 Jim Walker is a social practice artist, placemaker, community builder, designer, teacher, and writer who believes everyone deserves open access to the joys of art, creativity, and great public places. Jim — who worked previously as a journalist (writer, photographer, editor, and designer)  — is a student of cities and enjoys walking, biking, travel, and baseball. He lives with his family in the Garfield Park neighborhood. 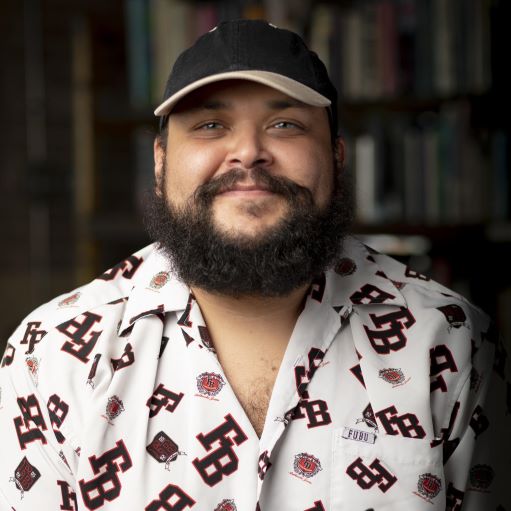 Oreo Jones (Sean Smith) is that pair of Air Jordans too scuffed up to wear in public, but you do it anyway because they still feel right. Hailing from Warsaw, Indiana, Jones has made Indianapolis his creative mecca. A multi-talented artist who delves into sound, music, and visual experimentation, Jones shares and expand the minds of people in surrounding neighborhoods, while helping the city grow. 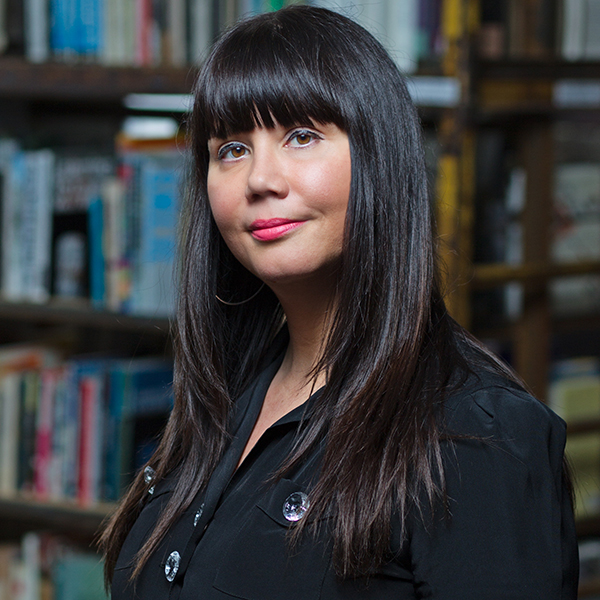 A social practice artist, curator, writer, author and researcher, Marsh’s work centers around artist-run culture, race and urban renewal through the lens of the arts, censorship in red states, popular culture’s influence on the pursuit of utopia, urban/rural relationships and artists’ social roles. She writes and produces the Social Alchemy radio programs on 99.1 WQRT LP-Indianapolis, creates public art projects and events via Big Car’s placemaking program, Spark and leads the APLR program. Working with artists who explore identity to bring about social change, she specializes in rapid response exhibitions. She has curated over 50 exhibits with artists including Carlos Rolón, Saya Woolfalk, LaToya Ruby Frazier, etc. 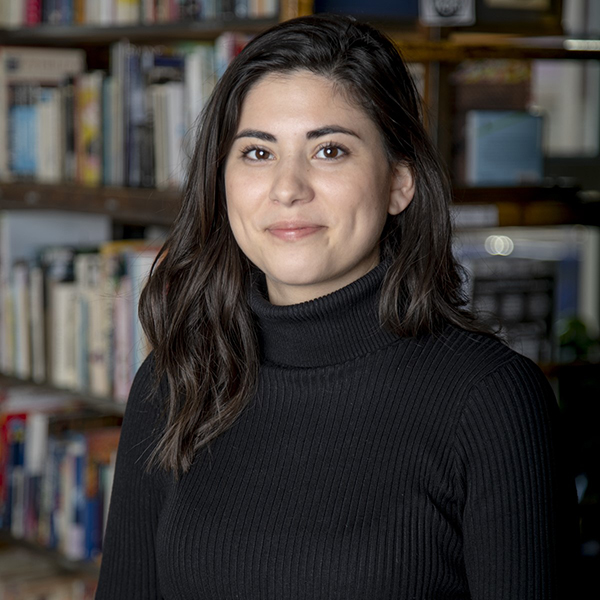 Summer Alaniz is an emerging museum professional with experience, ranging from grant management, proposal and content writing, budgeting, contract reviews, research, and project management. Outside of work, you’ll find her in the studio painting, writing, creating collage work, or pyrography. She practices these mediums frequently and connects this work to her undergraduate studies in Philosophy which she completed in 2017 at Ball State University. Upon receiving her masters in Museum Studies, she became intrigued with the soft power of arts & cultural organizations and hopes to utilize her position at Big Car to encourage curiosity and creativity among non-typical arts audiences. 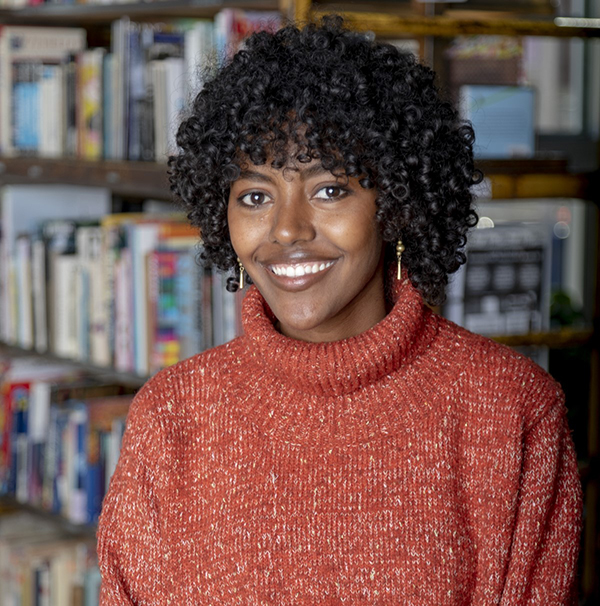 Yeabsera Tabb is an interdisciplinary visual artist with a focus on printmaking and textiles. Her work explores the intersectionality and liminal space contained within one’s identity. She graduated with a Design for Social Impact and Fine Arts degree. Deeply drawn to the materiality of her work, Yeabsera draws inspiration from the natural environment around her. Experimentation and play are integral parts of her process. She loves sharing the beautiful ritual of a slow Ethiopian coffee ceremony with her friends and family, cooking, traveling, and spending quality time with people.

More bios to come. Learn about the program here. 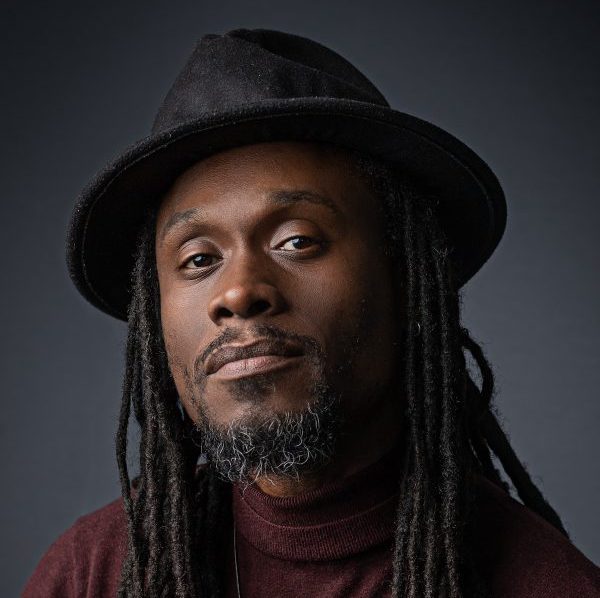 Inspired by artists like Donny Hathaway, Stevie Wonder, Sam Cooke, and Otis Redding, “the Everyday Soul Singer” Bashiri Asad has come to define his sound as “Indy-Soul.” Asad honed his style through classical vocal training as well as singing in shoo-wop style groups. These experiences, coupled with his own strength and passion, have united to manifest his own version of true indie soul. 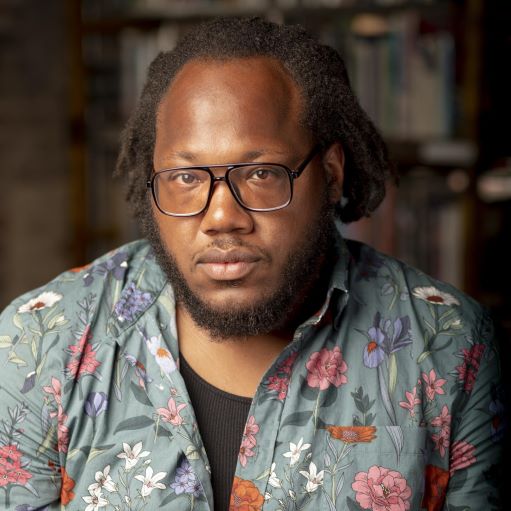 Dr. Jarrod Nicholas Dortch is a community artist. The work Dortch creates is what one could do themselves, and this is the art of it. Guiding others and motivating them to create is what makes Dortch’s art so personal and so public. His medium is what the world provides, and from it, he provides prompts for discourse. Dortch is a small part of a movement of Black artists and curators who are hosting exhibits and creating work that shines a light on Black culture with an emphasis on placemaking and community. His most recent project “Snuggy Bear Presents…” was created as another pathway to further disrupt the status quo of contemporary and fine art. With roots in art, community, and education, Dortch is leveraging these disciplines to help promote personal and communal growth. 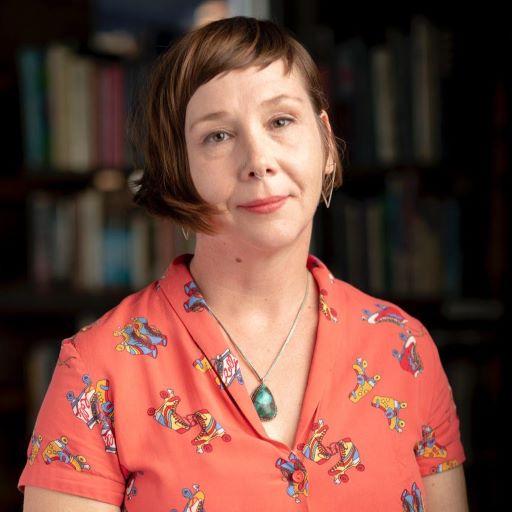 Erin Harper is a multifaceted artist and teacher. Her artistry cannot be pinned down to just her work alone. Her life is led by her intrinsic need to create. Her projects have led her lifestyle, pulling her in many directions and providing her with a multitude of unique experiences that drive her work. She is predominantly a visual artist and has worked extensively in the fields of photography, animation, sculpture, painting, and design. She works in a wide range of mediums and is inspired by the injustices and trauma that she has witnessed and experienced. As a whole, her work is mostly conceptual and analogous. Themes surrounding connections to history and place, as well as personal spiritual connection, have been frequent in her work. 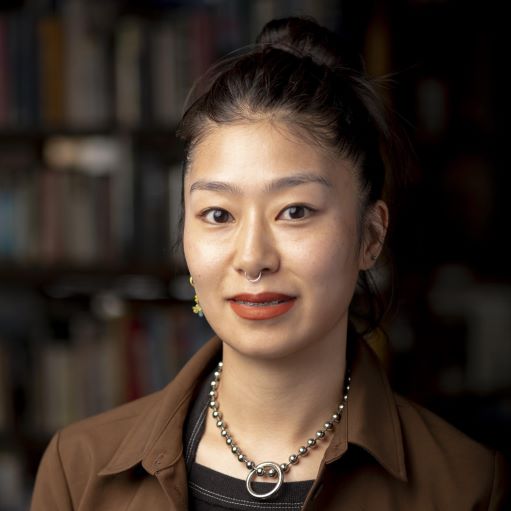 Behind Jane Sun Kim’s film photography, sculpture, and layered silk screen printing lie the raw glimmers in all of the in-between, awkward, and private moments. Her work knows no boundaries in medium or material, as Kim reaches her points of creation through the use of found and traditionally discarded materials in her sculptures to reply to the growing sustainability issues. The beauty of her craft is that it serves as a balancing agent. Creating out of a necessity to organize her obsessions and release them, her work is rooted in repetitive thought patterns resulting from OCD, anxiety, and depression. Kim uses this channel to confront perceptions and stigmas on mental health, exploring nostalgia and emotional intimacy. 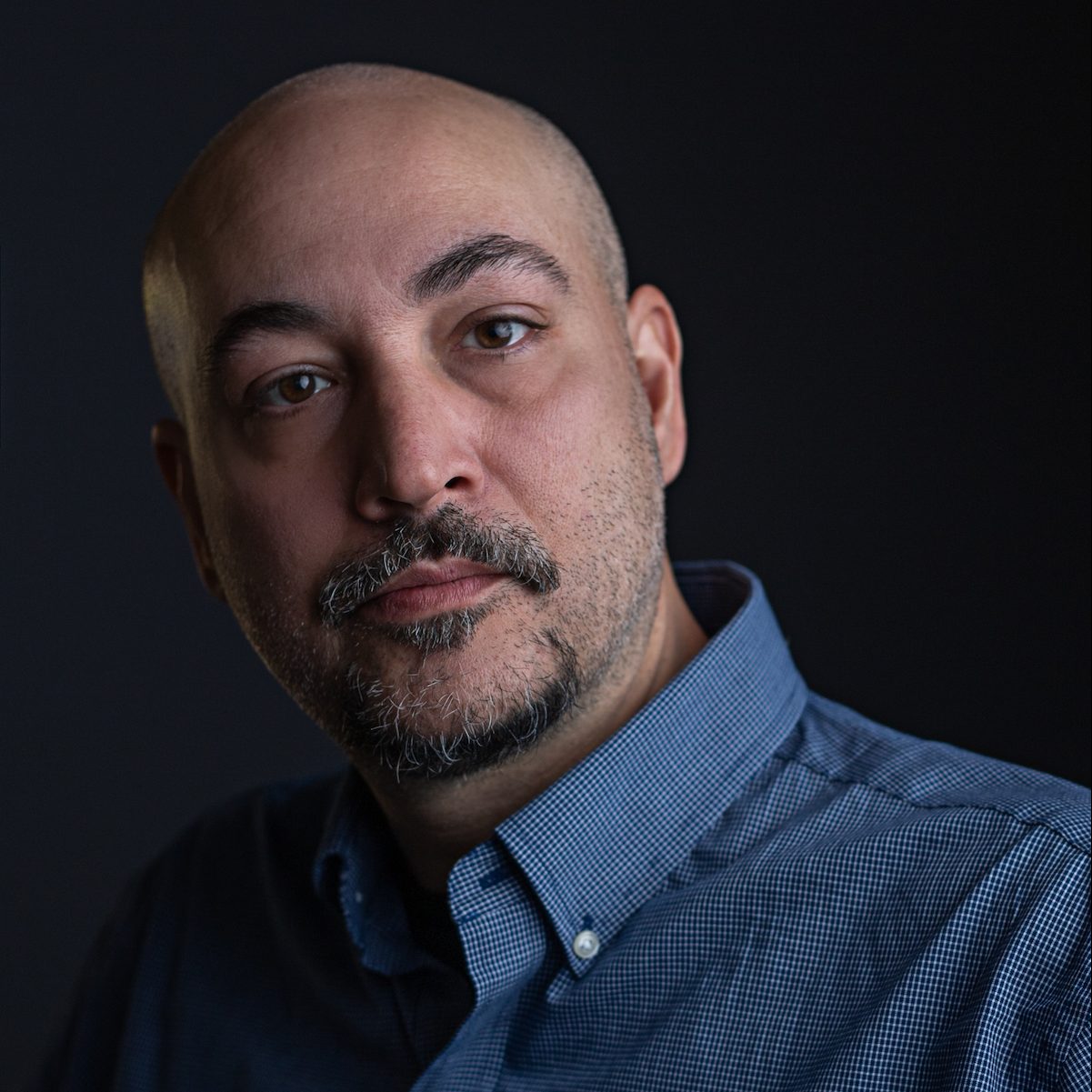 Justin Cooper is primarily a self-taught, Indianapolis-based visual artist. Over 20 years of independently developing his artistic voice as well as relationships formed with fellow artists he connected with through artist communities such as the Murphy Art Center, Wheeler arts Community and Big Car Collaborative’s artist in residency program have been central to his evolution as an artist. Cooper employs a variety of mediums to his pieces such as graphite illustration, oil painting, digital design, pyrography, and gilding. His main inspirations stem from observations of nature, art history and architecture. Cooper is fascinated by the geometric formations, patterns, and the underlying structural arrangements found within nature. 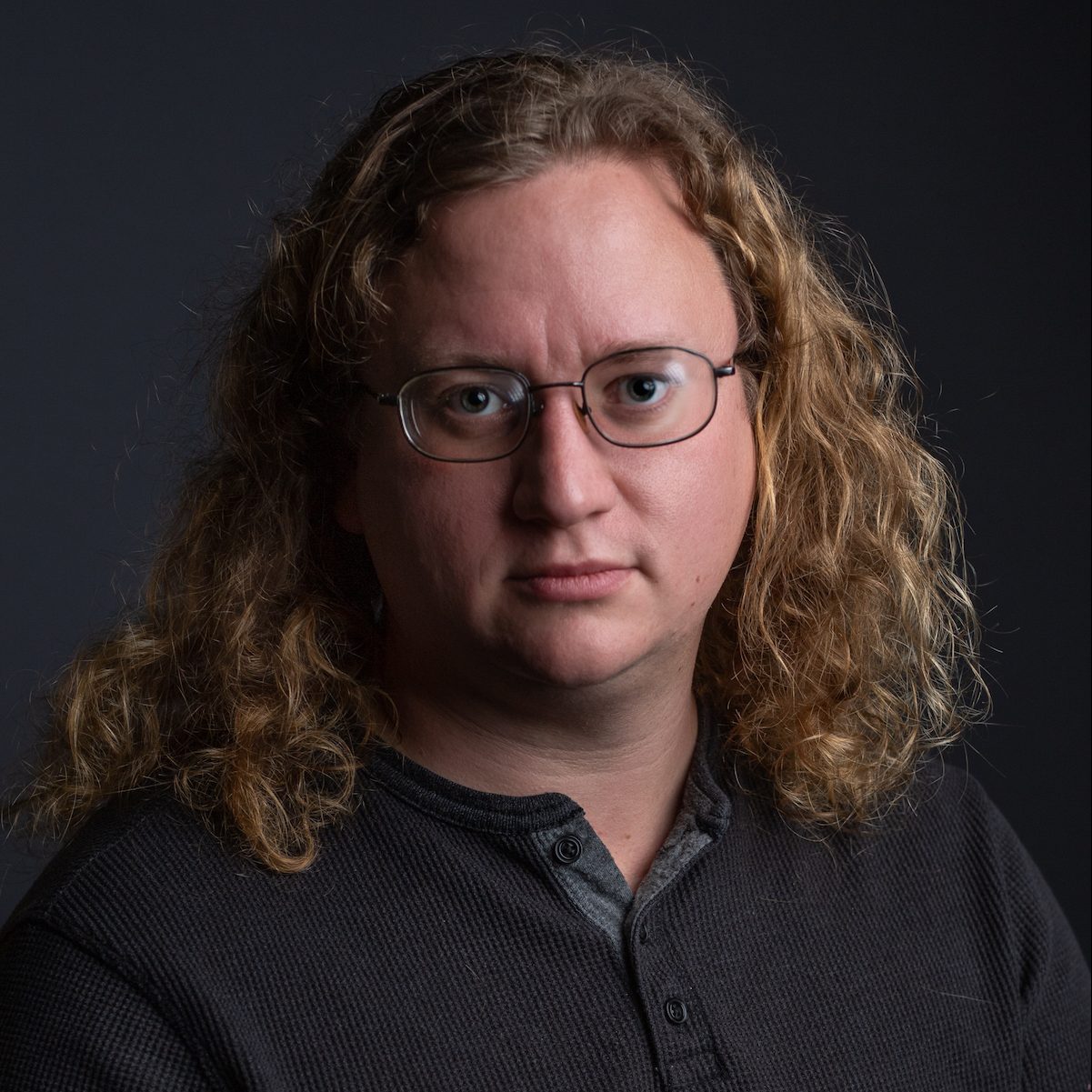 As a composer, performer, and instrument maker, Funkhouser channels the wonders of the world through his inquisitive and revelatory works. Originally from Richmond, Indiana, Funkhouser is obsessed with the concept of timelessness within his musical practices. His work is a unique extension of classical and electronic music. Exploring the world of recursion, manipulation, and translation, he draws inspiration from nature, design, and systems of thought. He also builds instruments as a creative act itself. Formally trained on percussion with both a Bachelors and Masters degree in Composition, he makes music not only for himself, but also approaches it on a macro level by thinking about the spaces, audiences, and community he’s situated in and attracted to. 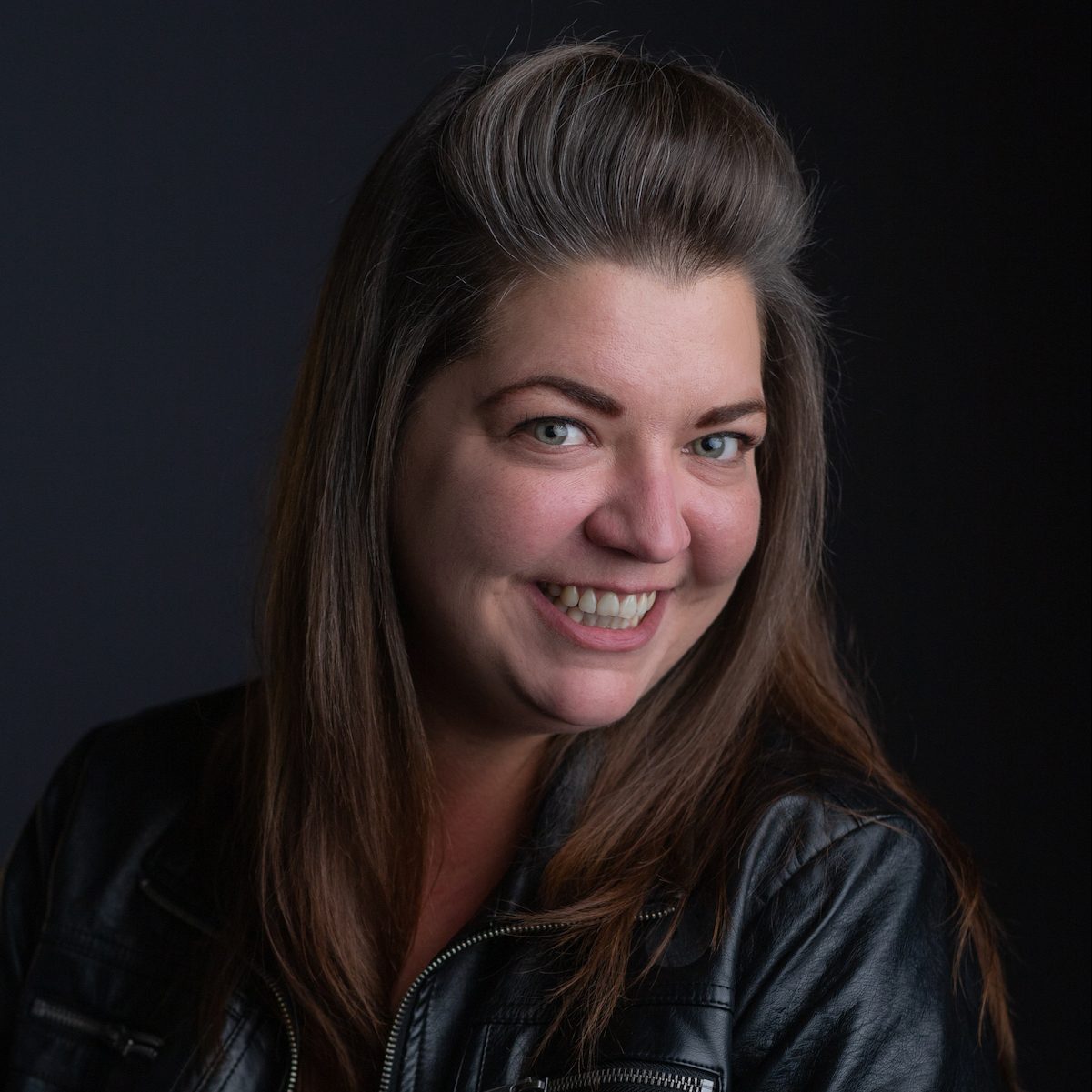 A jack of all trades, Sharon Rickson has been involved in Indianapolis’ art community as a teacher, musician, and community organizer. Early exposure to Chicago’s music scene inspired her to start playing music. Eventually she started writing her own songs and gathering with other musically inclined individuals. She emerged into Indy’s art scene in her early twenties. After graduating from Herron School of Art with a degree in Art Education, she began her work as a teaching artist with the Indianapolis Art Center. From teaching underserved youth in the summer and after school programs to playing in various Indianapolis bands, her immersion in music inspired her to gather local musicians to help launch a music teaching non-profit, Girls Rock! 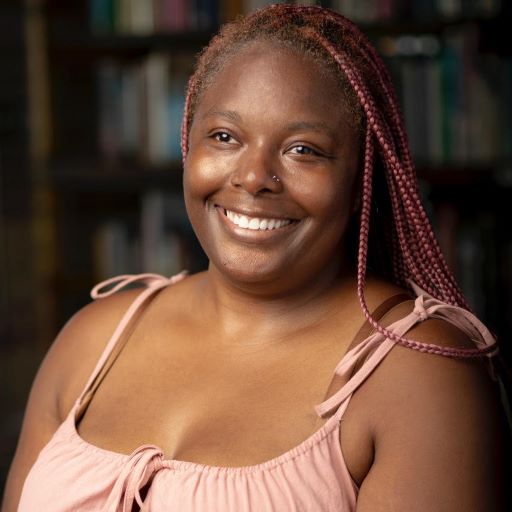 Against a backdrop of layered rhythm & blues and acoustic soul, Books is breaking into the musical landscape as only she can. Singer-songwriter and multi-instrumentalist, she is endearing audiences locally and abroad with her enchanting lyrics, soul-bearing melodies, and intricate voice. Originally from Nashville, TN, Books’ musicality style developed from an early age. Watching her mother’s gospel voice stir audiences and getting her soul education from her father, Books was eager to expand her musical palette and began her musical journey. Her first poems and short musical pieces were saved for the enjoyment of family and close friends. Books has since showcased her unique brand of acoustic soul to audiences in the US and on international stages. 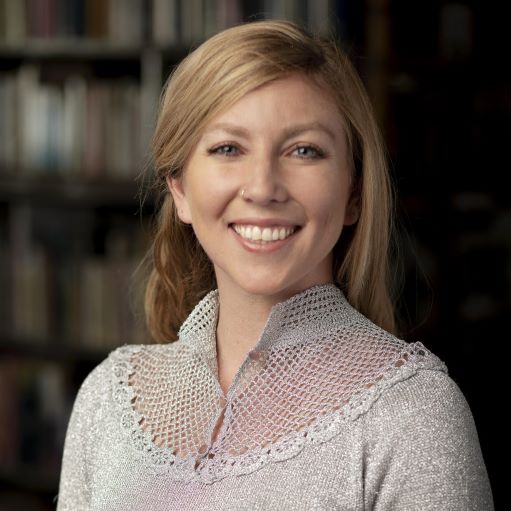 Tiffany Black’s approach to art-making revolves around creating spaces. She creates murals and other large-scale works with strong consideration of the physical impact on the viewer, and surrounding community. Black’s approach considers the history of a place, how the space is used, and those who inhabit or pass through it.  Through her public artworks, she incorporates concepts of inner transformation, natural cycles, and connectivity. As a Community Artist, she moves through her studio the same way she moves through life: with the belief that we are all connected, and we are here for each other. 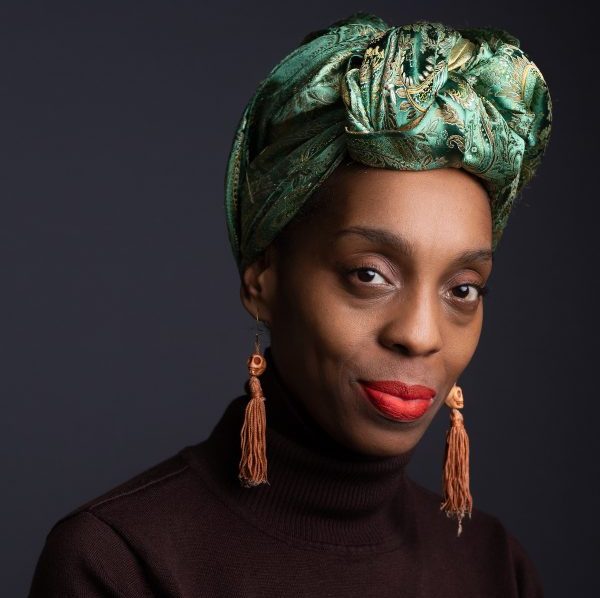 Originally from Cleveland, Ohio, Uzuri Asad now lives and works in the Garfield Park neighborhood of Indianapolis as part of Big Car Collaborative’s Artist in Public Life Residency program. She’s a singer, dancer, choreographer, and jewelry-maker. Formally trained in West African dance and contemporary movement, her art is guided by lived experiences and her cultural upbringing. Her style is a unique blend of fluid, free flowing, yet intentional movements. For Asad, dance is a sacred means of individual expression that lives and breathes through her.