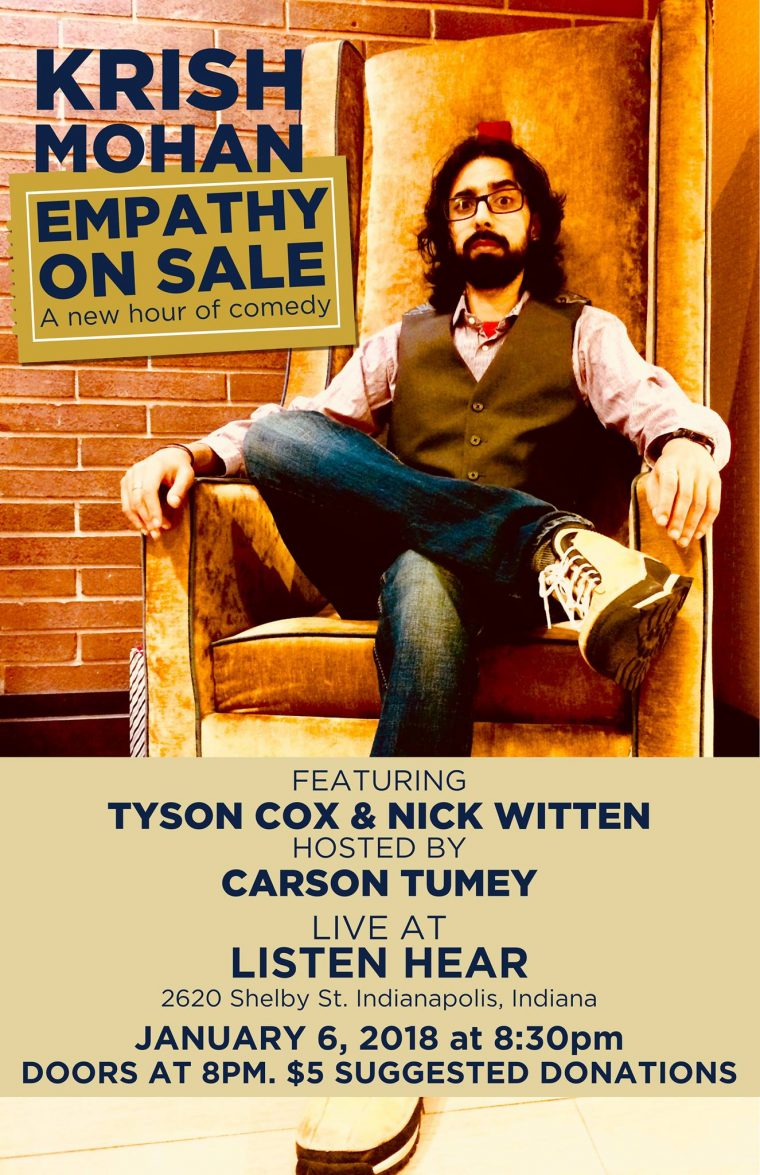 Doors at 8pm. Show at 8:30pm.
Empathy On Sale: Stepping out our bubbles can be hard. Touring Comedian, Krish Mohan is exploring bubble culture and the current divide in today’s political climate. He uses his sharp wit & comedy to illustrate how race, identity politics, and misunderstanding progressivism has led to splitting us apart. He explores Native American culture, effective ways to treat mental illnesses and western culture’s obsession with war and violence – all of which pushes us further into our bubbles. Find out if he can figure out how we can get out of our bubbles!

About Krish: Krish Mohan is a socially conscious, Indian standup comedian and writer who regularly tours the country. He performs at small theaters, bars, comedy clubs, colleges and DIY venues with his quirky attitude, charming personality, and intelligent humor. Krish captivates and engages audiences of all backgrounds, tackling hot button topics like race, religion, war, immigration, while adding an optimistic philosophical & sociological twist! Mohan has also been featured on NPR and performed at several Fringe Festivals (IndyFringe, Pittsburgh Fringe, Capital Fringe, Philly Fringe Arts), where he has been an audience favorite with his unique brand of comedy & social vigilantism. He has also opened for nationally touring headliners like Stewart Huff, Redacted Tonight’s Lee Camp and Hari Kondabolu. Krish is also the host of the weekly socio-political commentary web show, “Fork Full of Noodles” and the podcast “Taboo Table Talk”.