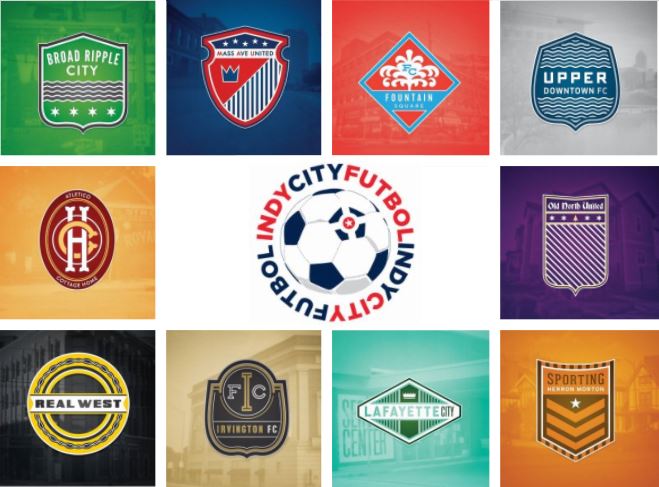 We’re excited to announce that Big Car project Indy City Futbol will be kicking off its fourth season on May 17, 2017. The league functions both as a recreational soccer league and a means of building community across Indianapolis’s urban districts. Co-ed teams are determined by neighborhood, and stamped with tongue-and-cheek crests modeled after traditional European football clubs. Teams compete in 12 games throughout the summer, vying for the league trophy and 365 days of bragging rights.

However, there is a FIFA-unregulated twist: league teams can earn extra points to help their standings through works of positive citizenship such as carpooling, walking, or biking to games, as well as volunteering in their neighborhood as a team. This ensures camaraderie not only on the pitch, but in the city in general.

To that end, Indy City Futbol along with partners Indy Eleven and Holladay Properties is giving back this season by purchasing new soccer goals at Central Greens Field, the  league’s home field.