Starting in 2016, the Spark Placemaking of Big Car Collaborative partnered with City Market to plan and test ways to revitalize the market’s East Plaza into an active public space and also continued some placemaking work on Monument Circle that began in 2015 by returning parklets and adding small-scale programming. In 2017, we implemented the insights and strategies we learned from 2016 as a long-term plan. And, in 2018, our partnership received continued support from Southwest Airlines to further expand this work in partnership with the City Market team.

The mobile parklet returned once again to City Market’s East Plaza for a successful 2018. In addition to the parklet, seating, and games that were introduced in 2017, the plaza saw major updates to its infrastructure over the summer of 2018. This included a desert-scene mural designed and painted by local artist Emily Gable, installing new planters around the exterior of the garden, improved wooden seating with umbrellas, and new ping-pong tables.

Some notable moments from the May to October season included an increase in popularity of plaza games with the Downtown Recreational Bocce Ball League and Downtown Cornhole League hosted on Wednesday nights hosted by CCA Sports. Outdoor Yoga with YMCA teacher and fashion designer Katy Newton continued on Monday nights in July and August. On several occasions, Katy was joined by local musician and artist Christopher Dance, who provided ambient music for yoga attendees.

On Monday afternoons in September and October, Cooking Matters hosted a hands-on cooking course in which a volunteer chef and nutrition educator covered meal preparation, grocery shopping, food budgeting, and nutrition. Adult and teen participants then took home a bag of groceries at the end of each class.

Another signature program hosted by Big Car at City Market in 2018 included Walking Wednesdays, history and architecture focused walking tours that took place throughout Downtown. Each tour covered a different topic and was led by a local expert. Tours were given from August to November and featured Indianapolis German heritage with William Selm, African-American history with Dona Stokes-Lucas, architectural history with Majorie Kienle, the difference between public art and civic art with Julia Muney Moore, an Instagram meetup with photographer Lauren Ditchley, and Indianapolis oddities with Kipp Normand. Close to Halloween, Stevi Stoesz, Executive Director of City Market, lead a group though the Market Catacombs.

The attention to space is continuing to pay off. About 21,500 visitors enjoyed the HOTC programming and placemaking designs in 2018. Combined with 19,000 recorded from 2017 and 17,000 recorded from 2016. An estimated 58,000 visitors have experienced Spark City Market/The Heart of the Community. We’ve continued to gather public feedback for improvements and programming on East Plaza as well as the Market campus. Big Car looks forward to continuing the development of City Market with our partners for an exciting 2019! 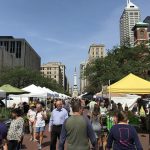 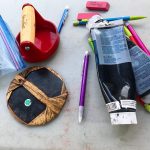 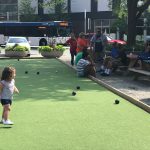 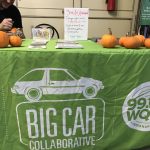 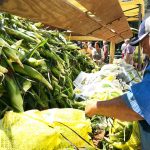 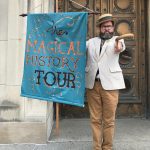 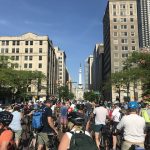 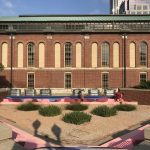 From May to October of 2017, we reinstalled the parklets at Monument Circle and continued our partnership with the City of Indianapolis, City Market, YMCA and many others to help the general public love the heart of Indianapolis even more. Thanks to the community’s input, in partnership with The City Market, we installed two bocce courts, a rain garden, added seating and tables, and created a mobile parklet at City Market’s East Plaza.

As part of this effort, we offer programming at the East Market and the Circle with free games and various activities that are community and artist led. We’ve had several successful events so far, including free outdoor fitness classes offered through the YMCA, live music and a book club. We hope to make the people of Indianapolis smile and hang out for awhile.

Check out a visual report of our data here.

From August to November of 2016, we experimented with various ways of activating the plazas of City Market and gathered information about the type of long-term activities residents and stakeholders want at City Market. This process included our biggest stakeholders, the general public, who ultimately decide the success of a public space. These months of research, data collection and experimental programming led to the long-term projects and new experiments for 2017.