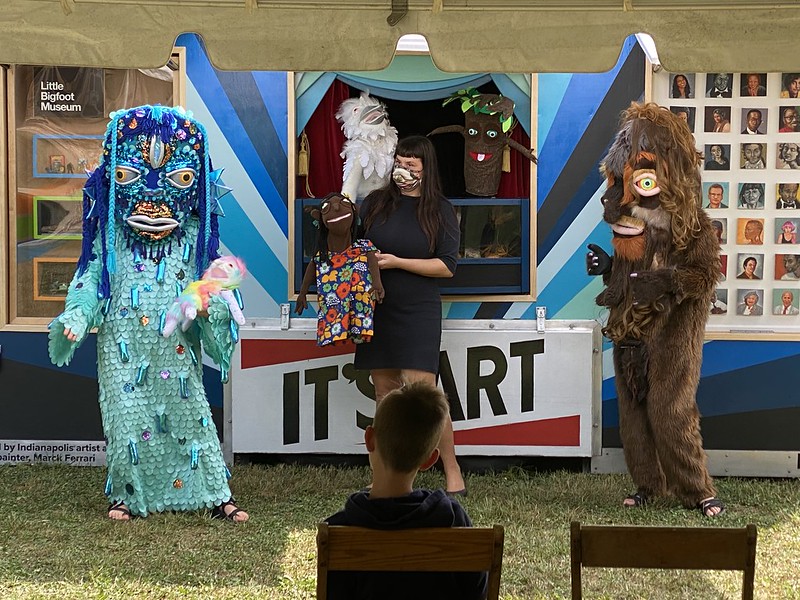 Arts in the Park: Turkey Run

Thanks to the generous support of the Indiana Art Commission’s Art in the Parks and Historic Sites grant, Big Car Collaborative was able to bring the Wagon of Wonders and free public programming to another state park. This year we visited Turkey Run, a state park located in Parke County, Indiana. You can read the history of Turkey run and see its guide map here.

Through a reimagining of our Arts in the Parks program in a pandemic-safe way, we tested out new ideas for activation and uses for the Wagon that we hadn’t thought of before. We worked with Turkey Run’s Interpretive Naturalist, Aaron Douglass, to eliminate all high-touch activities and replace them with a series of site-specific installations, sounds, and performances that people could look at or listen to during their time at the park.

This year we worked with the TeenWorks summer youth program to design a puppet stage for the Wagon of Wonders, funded by Lilly Endowment and the Summer Youth Program Fund. In addition to the puppet theatre, we contracted artists to create additional touch-free aspects featured during our weekend at Turkey Run. These projects included:

Through programming directly tied to the history, culture, and natural resources of Turkey Run State Park, Big Car helped visitors find a deeper connection with the park and see the many powerful links between art and nature. These kinds of free creative placemaking experiences add to the fun of exploring our State Parks and help people connect in a pandemic-safe way. 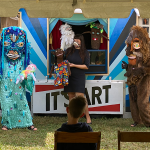 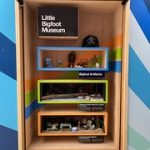 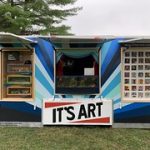 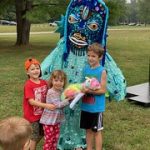 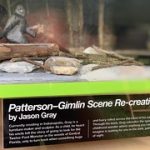 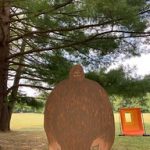 In 2019, Big Car staff added a crinoid education and craft-making workshop where participants were taught about the marine species that once lived in the area. A number of their fossils can now be found around the park, leaving park-goers to wonder about these ancient creatures. After learning about crinoids, families were invited to make a beads representing the fossils, forming a necklace to remember their time at Turkey Run.

In 2018, the Wagon of Wonders featured a new exhibit customized to the Turkey Run setting. Created by staff artists Conner Green and Carlie Foreman, Found Sound is a new art installation that encouraged participants to capture various sounds and noises from the surrounding environment. The collection of sounds fell into three categories: water, people, and flora.

From local artist Lauren Ditchley on the overall visit, “We engaged almost 500 people over the weekend. I’d say it was a fairly even number between kids and adults. The sweetest thing happened on Sunday. I opened the library and walked away for a minute…as I was walking away a little kid started running toward the wagon saying “what is that?!? I’m gonna go see!!” Once he was there he started yelling back at his family, “it’s a library! It’s a library!!” That really warmed my heart. We were thanked quite a bit. People who visit often were really appreciative of the new way to experience the park. Saturday was definitely more chill and people would visit more than once and / or hang out for a while. I would say overall we were more well received on Saturday, with a hurried feel on Sunday. The postcard writing and the instant photo gallery gave park goers even more reason to spend time at the wagon.”

The new found sounds could then be played in unison at the wagon to create a randomly captured sound experience for the participants. Sometimes in harmony and sometimes not.

Carlie on Found Sound, “With over half the participants being children, it was interesting to see their new curiosity for what is now considered a dated analog recording system. Simply put, children were engaging with your “grandparents recorders” to capture sounds of nature and each other. That made the project feel it had an intergenerational aspect”.

Adam Ekberg: The Other Side of Boredom Harvest at Newfields: Tiny Poems Project