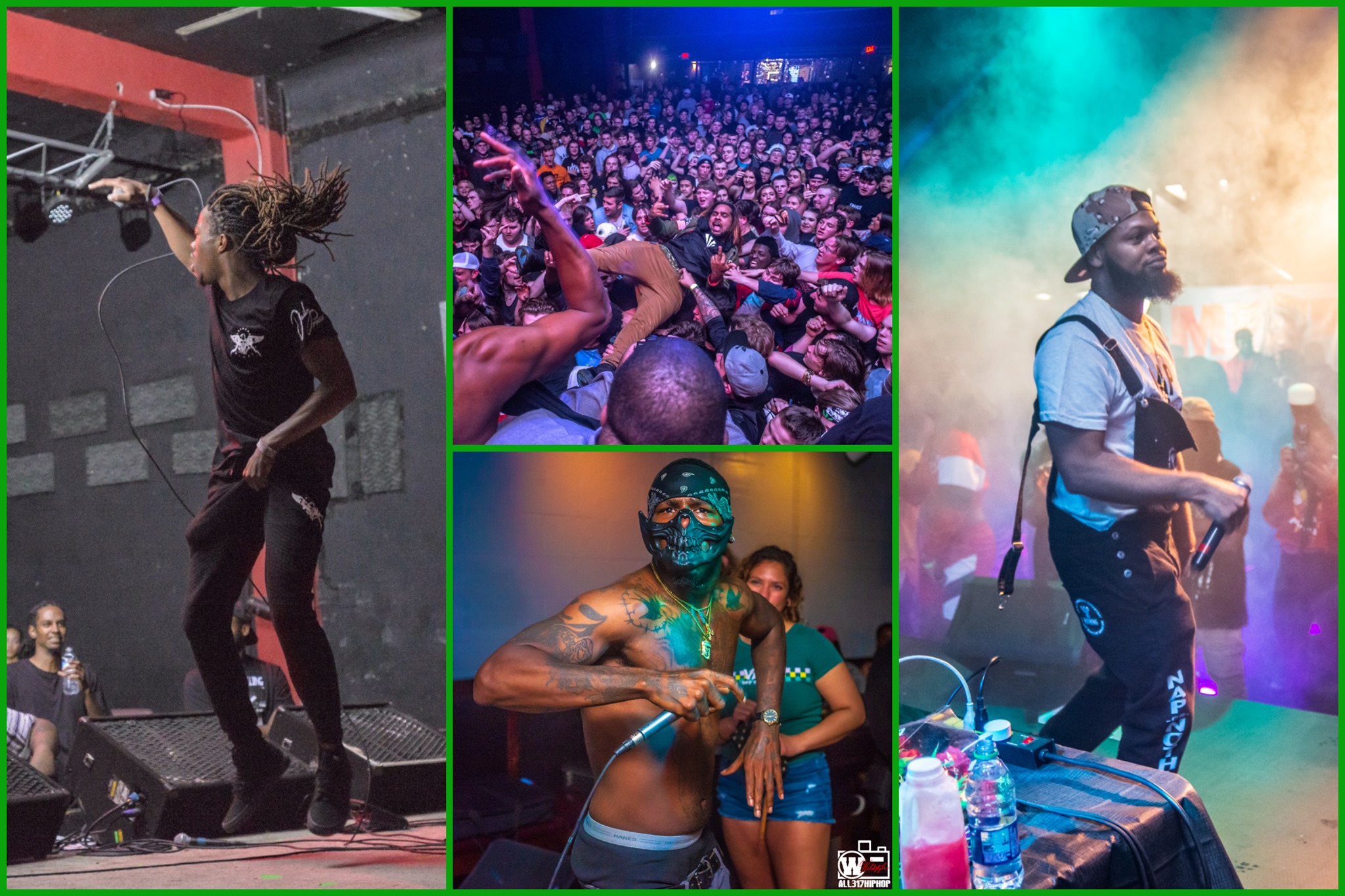 Wildstyle Paschall’s multi-media installation “Culture, Indy Hiphop Music”, is a captivating look into the unseen counter culture of America’s most popular music genre centered in the capital of a Midwestern city more known for cornfields, a 500 mile race and various amateur sports. The ever-evolving cultural movement created by people of color exists in Indianapolis, isolated from much of the financial success and mainstream consumerism seen in larger cities.

As a lifelong musician and long time hiphop producer, Paschall is a product of 1980s and 90s hip hop culture. During a time
when hiphop storytelling, music, and culture expanded internationally, he was concerned that even by 2015 significant accounts of the rich culture created in central Indiana was not being archived to shared with outsiders as well as passed down to future generations.

“Culture, Indy Hiphop Music” takes the viewers and puts them on stage with independent hiphop artists performing and creating music to see their passion and dedication to the art through picture and video.