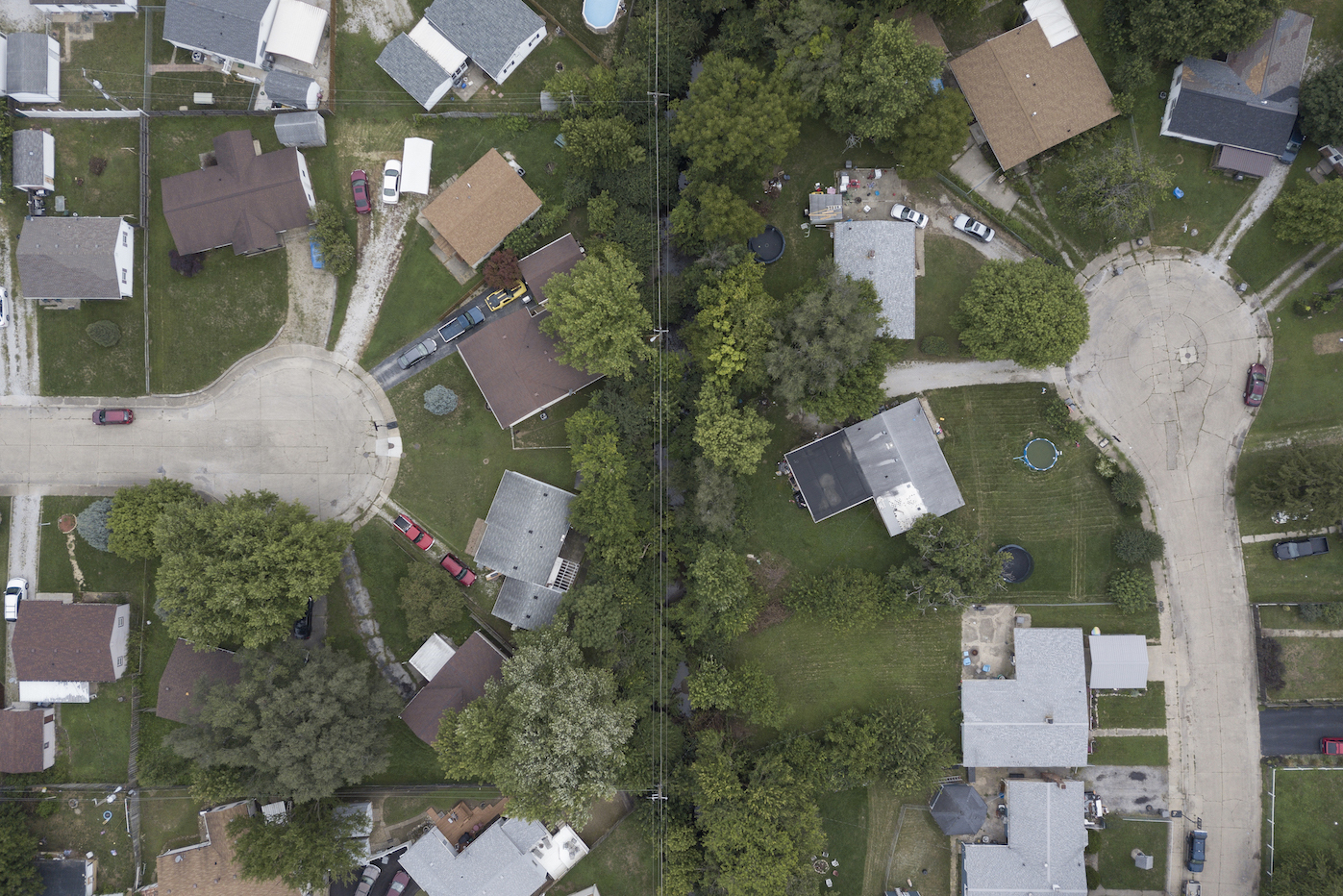 We shape our surroundings at the same time our surroundings shape us. Communities and their environments are inseparable. Yet as we go about occupying, utilizing, and altering our natural and built worlds, how much do we think about the connections we share with the others who inhabit the place we call home?

For his exhibition at Tube Factory Art Space, David Schalliol addresses the interdependence of people and place through photographs and video interviews with residents of three geographically and culturally unique places.

First, he explores the very neighborhood in which this exhibition takes place, Bean Creek, a hamlet of homes and businesses on the Southeast Side of Indianapolis. The waterway for which the neighborhood is named has undergone a peculiar evolution as homes, churches, and businesses have grown around it. In some places, Bean Creek flows undisturbed, a trickling rill winding through thickets of gently bending trees. In other places, the creek has been covered by roads and other obstructions, only to remerge more than 100 yards away. The odd evolution of landscape and municipal planning has caused some houses to face the creek—today’s residents enter through the back door, as the front faces nature.

Next, Schalliol takes us to the South Side of Chicago, where since 2011 a tight-knit group of neighbors has watched their community disappear as the owners of a nearby freight yard buy up houses in order to expand their facilities. The few remaining homeowners have banded together to try to preserve whatever is left of this place and its unique culture. The economic powers that are being exerted, however, will likely prove too powerful to bear.

Finally,Schalliol visits former coal mining communities in the north of France. Following decades of economic contraction, the French government ceased all coal mining in the country in the early 2000s. Towns like the one in these photographs must completely re-imagine their future economic and cultural identities. Meanwhile, the visual and social fabric of the region is affected in every conceivable way by its historic attachment to coal. For example, the “spoil tip” hills interspersed throughout the town, created by waste rocks from the mines, now serve as artificial mountains being re-purposed for motorsports and ecological tourism.

Though located worlds apart from each other, the three communities share threads of kinship that hint at possible human universalities.

David Schalliol is a visual sociologist. He is an assistant professor of sociology at St. Olaf College and a principal of Scrappers Film Group. His work has appeared in numerous publications, including The New York Times, and been exhibited extensively. Recent exhibitions include the 2017 Chicago Architectural Biennial, the Belfast Photo Festival, and the Museum of Contemporary Photography’s Midwest Photographers Project. He is the author of Isolated Building Studies. His directorial film debut, The Area, premiered at the Full Frame Documentary Film Festival in April 2018. He earned his BA from Kenyon College, and his MA and PhD in the Department of Sociology at The University of Chicago.