Casey No & Taylor Rose: Crashing Through The Front Door 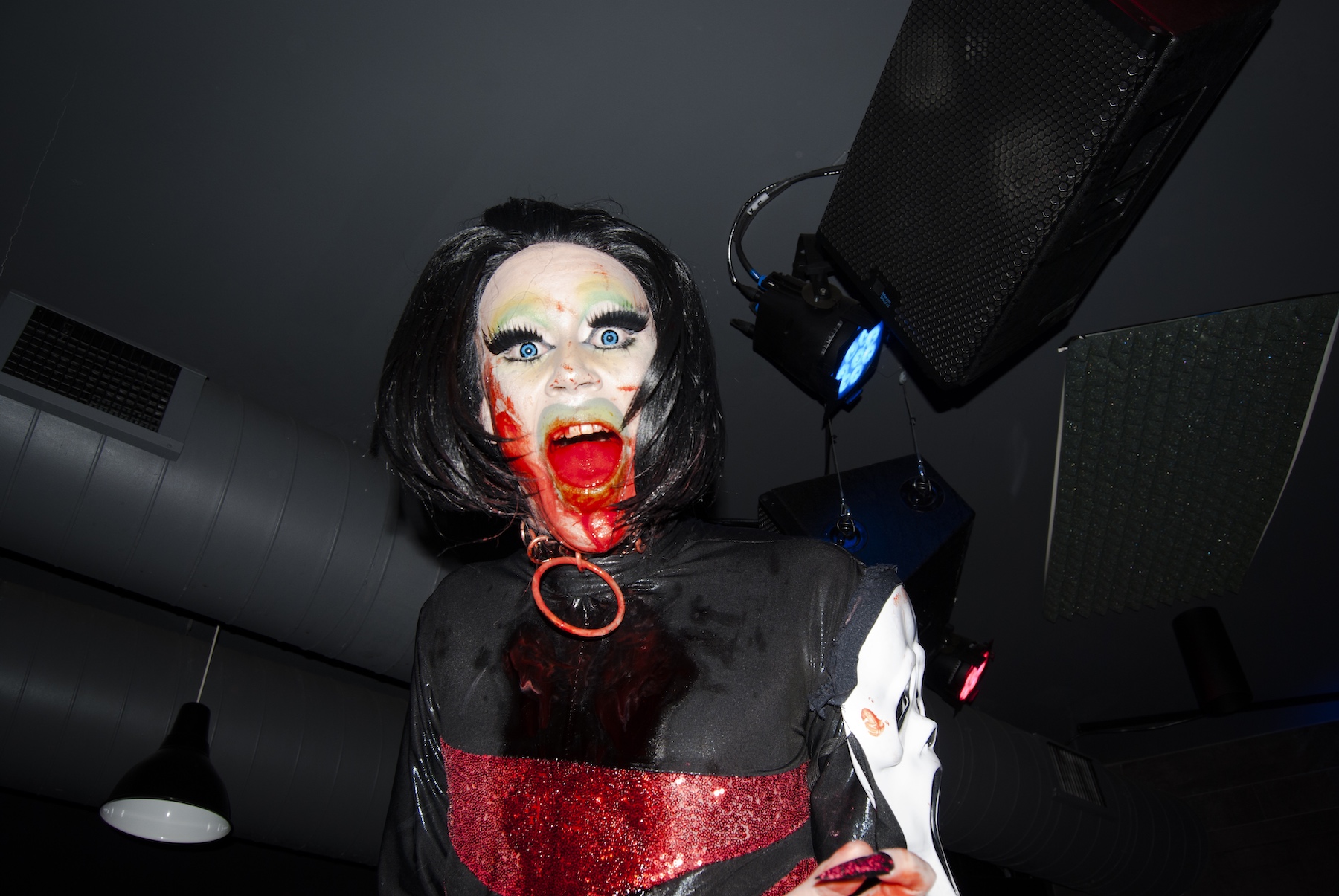 Crashing Through the Front Door is a culmination of photography, essays, and oral histories examining queer life in Indianapolis, Indiana through the lens of once-a-month dance party.

Photographer Casey No and writer Taylor Rose met over a decade before the ideation of this project in southern Indiana. Though the town was small, and seeped in rural midwestern tradition, the two found a group of LGBTQ friends who were a safe haven. In fact, Casey was the first person Taylor came out to at the age of 16. Both have developed their individual crafts over the years, talking about doing a collaboration for several of them. When Low Pone, an Indy-based queer dance party, came to life the subject matter was clear — the two would chronicle the lives of their queer community as it intersected over one night every month.

Casey and Taylor are capturing a rare and novel movement in queer Indianapolis. One where much of the LGBTQ community is hungry for inclusion of all races, genders, non-genders, and expressions. On a sociological level, they are examining the need for public celebration of holistic queer existence by showing the vibrancy that comes from a space where the queer community can unapologetically show their identities. Low Pone is doing something that’s outside the norm in this city: It’s creating a space for those who have felt displaced. Crashing Through the Front Door is documenting what they view as a historical queer moment of creation and community.

Over the last eight months, dozens of people were interviewed about the impact that a small pop-up queer, trans, and people-of-color inclusive space had on their lives. By no means is a dance party the solution or even a delineation of the queer community in Indy, but it does bookmark a moment in time and offers a periscope view into queer life.

The culmination is a story about how that one night becomes a sanctuary, paying homage to the idea of home, to a chosen family, to rising above the fragments that society bends us to fit neatly into their stackable boxes. The photographs and personal narratives illuminate the process of finding triumph in the face of tragedy and refusing to be defined by it, how a chosen family finds one another, grapples with gender, sexuality, and identity in the midst of a cultural movement.

Casey and Taylor consider themselves documentarians and creative culture makers. Casey is a local musician in the band Spandrels and an award-winning photographer living in Indianapolis. He is interested in closing the negative space between artist, audience, and community. Taylor is a non-binary journalist in Indianapolis who has worked as the Arts Editor for NUVO and as the Communications Director for the ACLU of Indiana. Their work has won numerous Society of Professional Journalism awards for social justice and community based content. This relationship between an artist and journalist is collaborative. Both artists have experienced discrimination based on class, gender, and sexuality. They both found power in their perspective mediums by boldy claiming their own identities. This project is not only personal, it is how these artists hope to encourage similar endeavors in the arts community of Indianapolis.