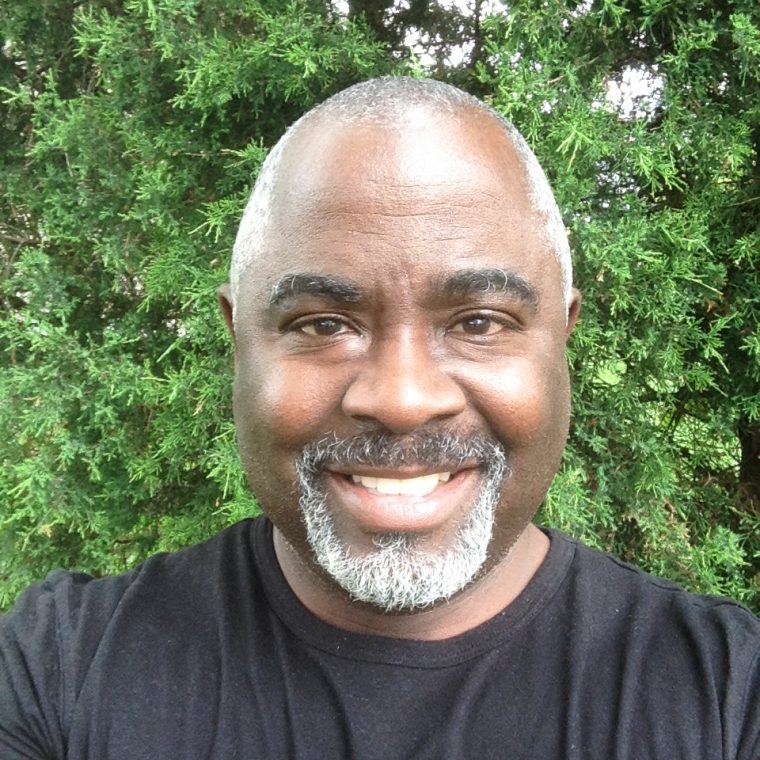 A Meditation on “Clarity as Concept: A Poet’s Perspective” by Carl Pope

In the early 1970’s, I was a curious adolescent unable to initially grasp the depths and dimensions of Mari Evans’ writings. Whenever Ms. Evans made a public appearance, I would attend and find myself caught up in the palpable excitement of being in her presence without expectation of how her words…how her perspective…would affect my thinking. For me, Mari Evans was a local hero not unlike Etheridge Knight, Gwendolyn Brooks, Wes Montgomery, J.J. Johnson, Slide Hampton, Henry Louis Gates Jr., and Muhammad Ali. They were Black literary, artistic, and socio-political trailblazers at a time during my formative years when Indianapolis was a major hotspot for Black cultural innovation and production. I was a witness to an explosion of Black creativity in Indianapolis in the 1970’s that left me with strong impressions which activated my imagination in ways not detected by my conscious awareness. Some of those impressions came into sharp focus in 2015 when I met Garrett Hongo; an acclaimed poet and close friend of Etheridge Knight, who helped me to understand my connection to the ideas of the Black Arts Movement. But it was not until Shauta Marsh and Jim Walker of Big Car…having asked me to create a text-based installation about Mari Evans’ Book “Clarity as Concept: A Poet’s Perspective”… that I fully realized that my primary concerns as a socially engaged artist were deeply informed by my initial experiences of Mari Evans and the Black Arts Movement in Indianapolis.

After reading the first two pages in the preface of “Clarity as Concept”, I received a mind-flash about the roots of my artistic development and cultural heritage…an epiphany that ignited my passion for creating art as a practice to acquire greater discernment and oneness about myself and society…transforming my intuition into the visible and the tangible.

Early into reading, I began to perceive “Clarity as Concept” as transference of Evans’ insights melding with my own. The decision to replicate this transmission of creative vitality was inspired by Evans’ personal journey. She writes, “Who I am is central to how I write and what I write; and I am the continuation of my father’s passage.”  The continuation of this ancestral passage is both personal and collective; thus, becoming a matter of prime importance as individuals and communities face mounting dilemmas, fluctuating responsibilities, and narrowing choices at local, national, and global levels.

“Go with me, as we put our collective minds, demystified, to the task of configuring ways to move away from our psychological bondage and out of our political and economic subordination.”

Evans penetrating questions spin an intricate web of interconnected and coherent reflections in which she urges the reader to consider. Her questions inspire readers to negotiate the terrain of personal and collective history with the imagination so that fragments of memory and perceptions converge to weave threads of illumination throughout one’s inner and outer life. With my text installation, “A Reading of Mari Evans’ Book, Clarity as Concept: A Poet’s Perspective” I culled from an extensive range of questions and passages in her book to stimulate prolific brainstorming about one’s self and his/her relationship or position in Western society and the unprecedented shifts now occurring in the Anthropocene…the present epoch of human history when individual and collective choices and actions permanently alter the entire system of the Earth’s biosphere.

Mari Evans’ meditations about using language to accurately define and heal the pervasive lack of critical thinking; as well as, the generational curse of colonialism are major themes in “Clarity as Concept”. Evans defines these conditions as Ethos…”the environmental laboratory within which creativity, whether positive or negative roots and is, or is not nurtured.” Mari Evans’ definition of Ethos transforms her inquiry and my text installation into an invitation to engage in an educational and experiential process for gaining clarity. But the choice to enter the text and vigorously explore and digest it requires mindfulness and self honesty. How the readers choose to act in response to the text may reflect much about their views and feelings about the current state of world affairs or the relevance of Ethos in their lives. On page 42, Evans examines the underlying issues important in making choices by stating:

“People do what they want most to do. Even, when what they choose to do is not what they want to do, they are doing what they want most to do. It is a mean paradox; really convoluted. But that is the bottom line. People often forego pleasure for pain; even when they desperately want the pleasure, it is the pain they choose despite the quality of hurt that is implicit. The pain is, in the final analysis, what they want. And there is nothing masochistic in this choice of pain over pleasure that accompanies the rejection of pleasure. The choice is voluntary and carries with it the pleasure which is inherent in the exercise of free will. Thus, the choice of pain delivers pleasure since the choice itself was willed not imposed.”

Now more than ever…we are being confronted to wake up to the devastating results of our seemingly inconsequential choices of convention. Those choices manifest as a ubiquitous wall of complacency around the Western hierarchical social structure; as well as a deployment of its authority in the form modernism. We are left to face unbridled narcissism, pathological ambition(s) for privilege, widespread solipsism syndrome replete with full spectrum dominance and perpetual war.

The text installation “A Reading of Mari Evans’ Book “Clarity as Concept: A Poet’s Perspective” consists of an ever expanding regenerative information field of questions and ideas; an incomplete and experimental narrative which encourages self-determination in the Ethos through the use of the human imagination. This artwork is a reformation of Evans’ passages as a physical interactive space; whereby reading becomes collaboration and as a result, the audience contributes to the evolution of the text into uncharted territory. The synergetic legacy of Black cultural production since the Harlem Renaissance; at its core, is a continuously shifting colloquium seeking to manifest new or unrecognized art forms as a declaration of one’s sovereignty and an act of self-love as a foundation for loving others and the Earth.  Black musicians worked in countless jam sessions and performances to invent riffs, rhythms, and harmonic theories to forge new styles and directions in every genre of today’s popular music. Lyrical riffs in Black modernist literature were also unpacked in a joint approach as creativity reached a fevered pitch in the work of Ishmael Reed and Toni Morrison; who created seminal works that helped define the canon of postmodern literature. In fact, Black musicians also made indelible contributions to the canon of postmodernism with breakthroughs in interdisciplinary practices with installation art, performance, dance, poetry, and music in the formation of Disco, Hip Hop, House music, Afrofuturism, and Afro Punk. The intersection where Black Modernism, the Black Arts Movement, and a post modernity of peace meet…is where Mari Evans’, her audience, and I make the intangible…tangible and visible. And it is at this intersection that something previously unperceivable is glimpsed…a constant uninterrupted filament of evolving complimentary harmonious collaboration from the past as memory takes shape in the now…extending itself just beyond the farthest reaches of the human imagination into the future. Mari Evans takes us “there” to the priceless treasure of our creative inheritance which is an extraordinary revelation that springs from clarity.

from a place of unseen being

and through that moment

to a place of honor

About Carl Pope: Carl Pope’s artistic practice is committed to the idea of art as a catalyst for individual and collective transformation(s). His multi-media installations were exhibited at prestigious venues including: The Museum of Modern Art and The Museum of Contemporary Photography in Chicago; receiving generous support from The Guggenheim Foundation, The Lilly Endowment, The National Endowment for the Arts, and The Louis Comfort Tiffany Foundation. The installations gained national and international exposure with “New Photography 6” at the Museum of Modern Art and “Black Male” at the Whitney Museum of American Art. Since 1990, Pope’s methodology with public art evolved into ongoing collaborative efforts with artists and communities…producing large-scale public art inventions that stimulate public dialogue and/or community revitalization. Excursions into his internal landscape produced the video/text installation “Palimpsest” commissioned by the Wadsworth Atheneum; with funds from The Warhol and Lannan Foundations, was included in the Whitney Biennial 2000. The essay of letterpress posters: “The Bad Air Smelled of Roses” and his recent billboard campaigns continue his ongoing exploration into public and inner space.

“Carl Pope’s work is at once a form of geography, re-imagining and imaging the forgotten histories, people and places in America, and a new psychology, creating a state of mind capable of sustaining the shocks of the present. It’s soul food for the mind, in sharp contrast to the quick hit of consumer pleasure that dominates the art market, and it’s all the more important for that.”–Nicholas Mirzoeff, Professor of Media, Culture, and Communications, NYU