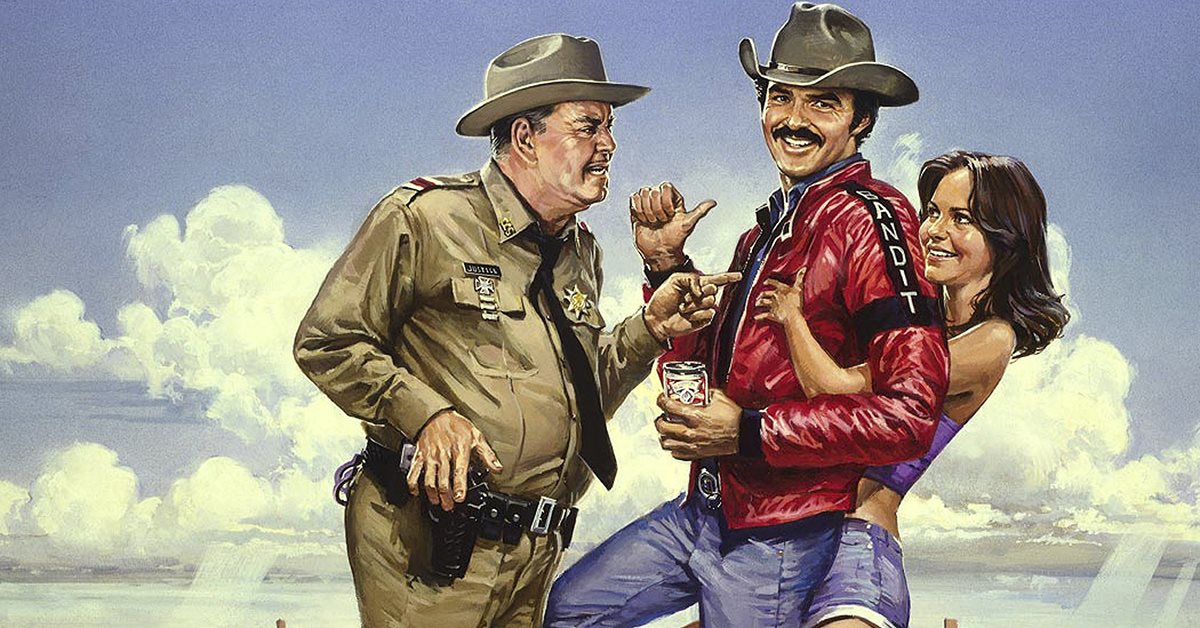 Burt Reynolds, Sally Field and Jackie Gleason are in high gear and hot water after a cross-country road challenge results in one of the wildest series of car chases and crashes ever filmed! The Bandit (Burt Reynolds), a maverick racecar driver, makes an 80,000-dollar bet that he can transport a shipment of Coors beer from Texarkana, TX, to Atlanta within 28 hours. It’s important to note that in 1977, it was illegal to sell the Coors brand east of the Mississippi River without a permit; if we don’t note that, then the plot won’t make sense at times. Already in danger of arrest from redneck lawmen like Buford T. Justice, Bandit furthers his chances at a stiff jail term when he offers a ride to Carrie, who hopes to escape her unwanted wedding to Justice’s boy.” ~ Hal Erickson, Rovi