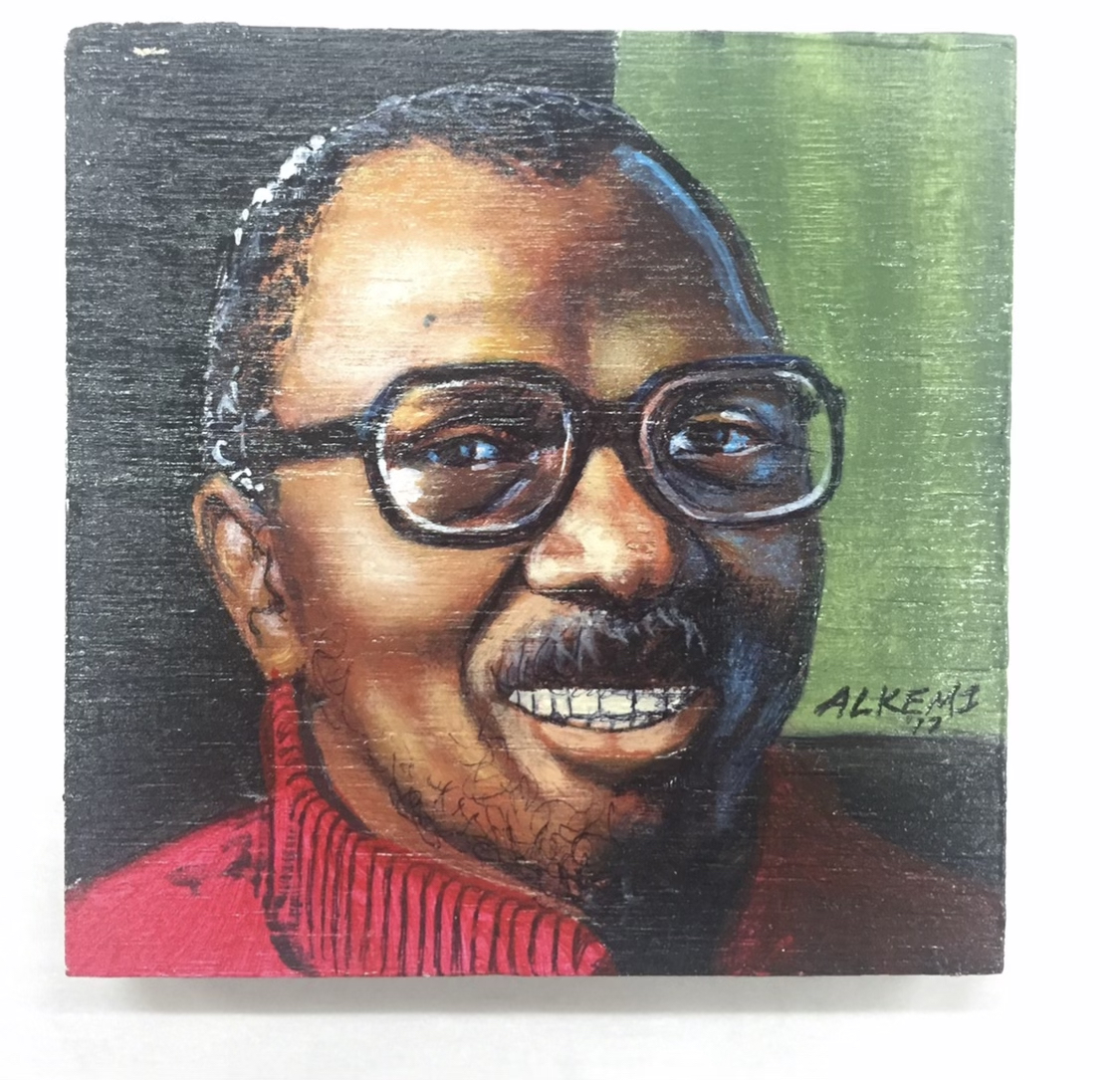 In this installment of Words & Music, an audio series exploring the life and work of Indiana writers, Sean Smith aka, Oreo Jones, explores the fascinating life and poetry of an Indiana Icon, Etheridge Knight.
Susan Neville, Adrian Matejka, Hanako Gavia, and Smith discuss Knight’s later years as a poet living in Indianapolis, his critically acclaimed publishings after prison, and the art of meddling.
Born in rural Mississippi, Etheridge Knight would grow to become one of the most prolific voices in the late Black Arts movement in the 70s. In a dark and dreary jail cell in Michigan City, Knight would begin to find his true voice and calling as a pivotal writer/poet of the 20th century. A couple years into his sentence Etheridge would correspond with an American poet, author, teacher, and Pulitzer Prize winner Gwendolyn Brooks, and Detroit’s Dudley Randal from Broadside Press. It was his first published poetry book, “Poems From Prison” that would make a splash in the literary world of poetry.
Upon his release from prison, Knight would move around the country as a mysterious figure of Black American folklore, Known for his authenticity of the Black experience and his legendary Haikus. It was after the release of “Belly Song and other Poems”, Knight grabbed a nomination for the Pulitzer Prize for Poetry in 1973, and would help establish the Free Peoples Poetry Workshop.
The episode features poetry from Etheridge Knight along with a live soundtrack provided by Sean Smith’s father, Mark Powell.
This is a continuation of an eight-part series made possible by Indiana Humanities and produced by WQRT and Big Car Collaborative.
You can listen live via the streaming link or listen on regular FM radio in Indianapolis by tuning in to 99.1 FM.
About the participants in this show (all Indiana writers):
Susan Neville is the author of six works of creative nonfiction and her collections of short fiction include The Town of Whispering Dolls, winner of the Doctorow Prize for Innovative Fiction; In the House of Blue Lights, winner of the Richard Sullivan prize; and Invention of Flight, winner of the Flannery O’Connor Award for Short Fiction. She teaches at Butler University.
Adrian Matejka was born in Nuremberg, Germany and grew up in Indianapolis, Indiana. He teaches at Indiana University in Bloomington and served as Poet Laureate of Indiana for 2018-19. He is the author of five award winning books and his first graphic novel, “Last On His Feet” is forthcoming from Liveright in 2022.
Hanako Gavia is the Assistant Director of the Center for Citizenship and Community at Butler University. She also is the great niece of Etheridge Knight.
Oreo Jones has made Indianapolis his creative mecca. A multi-talented artist who delves into sound, music, and visual experimentation, Jones shares and expands the minds of people in surrounding neighborhoods, while helping the city grow.
This episode contains strong language which may be offensive to some listeners. Listeners discretion is advised (edited)
Painting of Etheridge Knight by Michael Jordan aka, Alkemi.
+ Google Calendar+ iCal Export