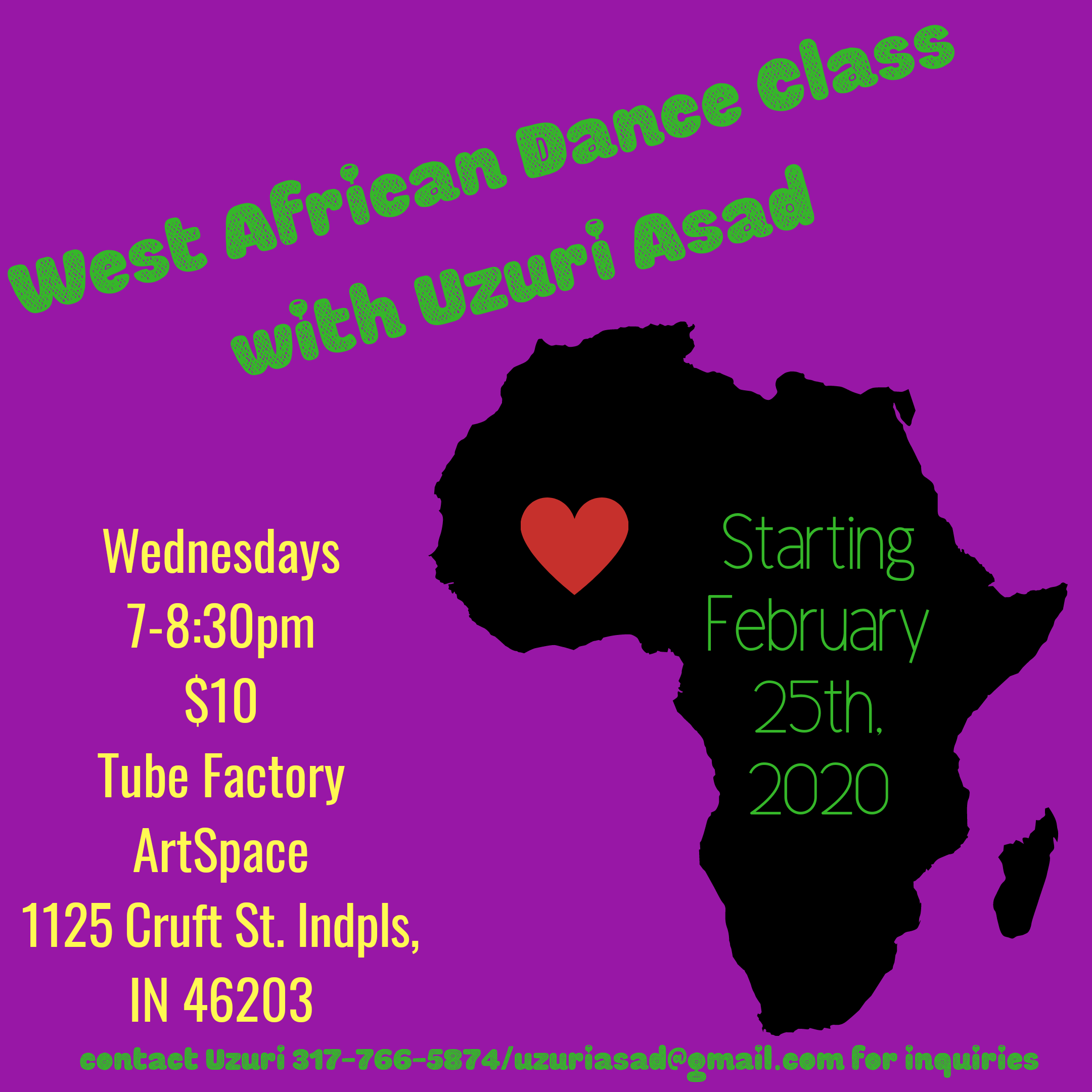 Uzuri Asad caters to all levels of students and is part of Big Car’s APLR program.

Traditional West African Dance
Dance has always played a very important role in the lives of West Africans. Throughout history, West Africans performed dances to celebrate a birth, harvest or death. Communities relied on dance to ward off evil spirits, to ask the gods for prosperity, or to resolve conflict. Dance continues to serve those functions. For example, villagers perform the Malinke rhythm Kassa during farming and harvesting work. The singing, dancing and clapping entertains and motivates the hard-working farmers.

Characteristics of West African Dance
African dance, according to R.F. Thomson, has four unique qualities. First, the body moves in a multi-unit fashion, where the head and arms may move to one rhythmic pattern while the feet follow a different time signature. Second, it is percussive; the dancer interprets the rhythmic nature of the music through movement. Third, though as a whole African dance is a community event, some dancers follow different parts of the rhythm, dancing “apart” from the crowd. Finally, West African dance phrases, or sets of movements, overlap, creating a “call-and-response” pattern.