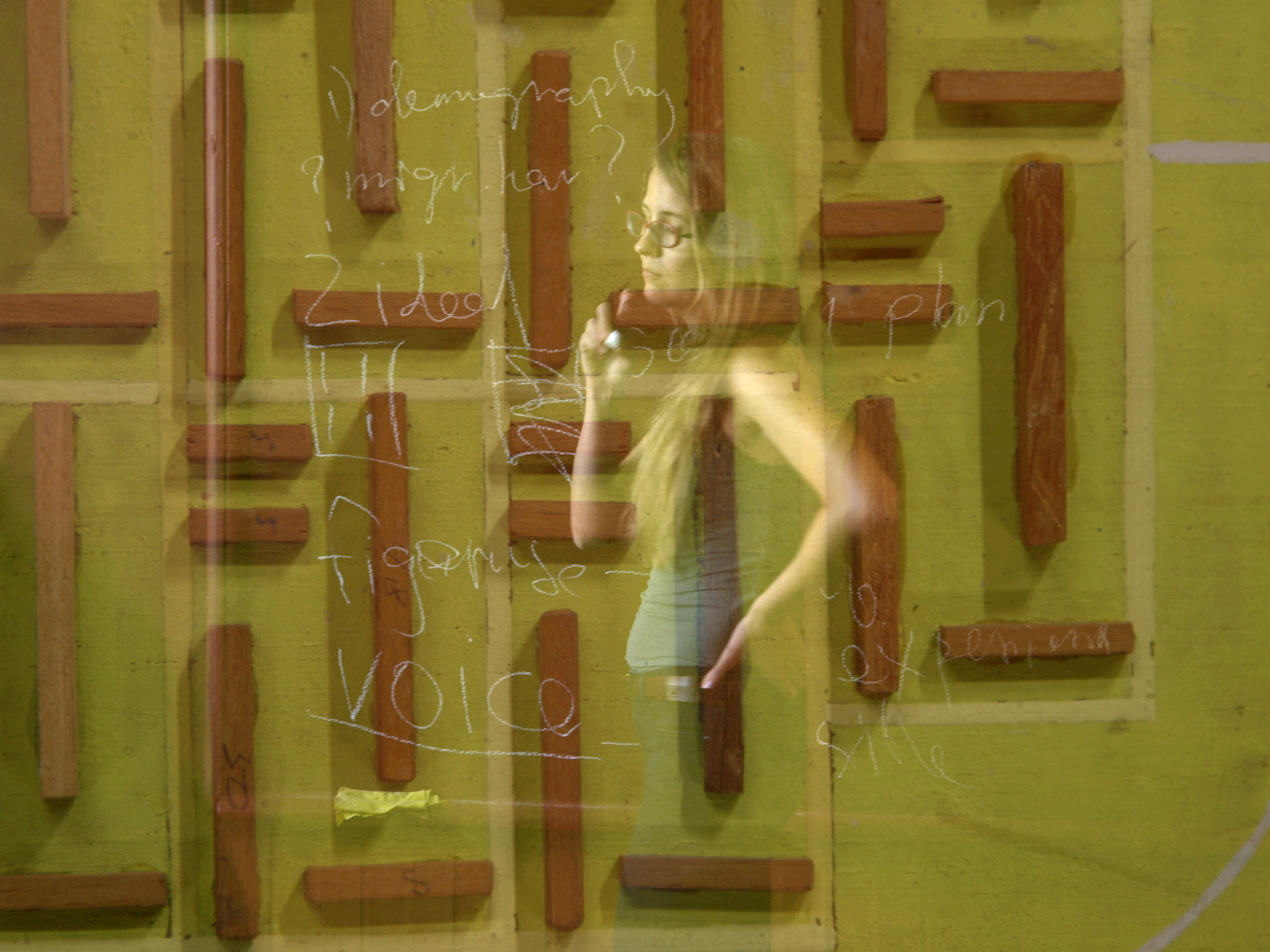 Two Stones explores the trajectories and ideals of the Bauhaus-trained, German architect Lotte Stam-Beese and the Caribbean activist and writer Hermina Huiswoud through dialogues and appearances by contemporary protagonists. Both Stam-Beese and Huiswoud spent time working in the Soviet Union in the early 1930s and both ended up being active in the Netherlands after WWII.

Two Stones was filmed in the 1930s constructivist district of KhTZ in Kharkiv, Ukraine, the first large housing project on which Lotte Stam-Beese worked, and in Stam-Beese’s celebrated 1950s Pendrecht, designed during her period as Rotterdam’s main architect / urban planner.

In the 1970s, Hermina Huiswoud was agitating against the Rotterdam housing rule, which limited Caribbean Dutch inhabitants to settle in any of the city’s districts if their presence would exceed 5% of the population.

Resonances as well as dissonances between the distinct trajectories of the two women and their expectation from communist ideology, are sensed through thoughts and experiences of the protagonists, who all have a personal or professional relation to the issues at hand.