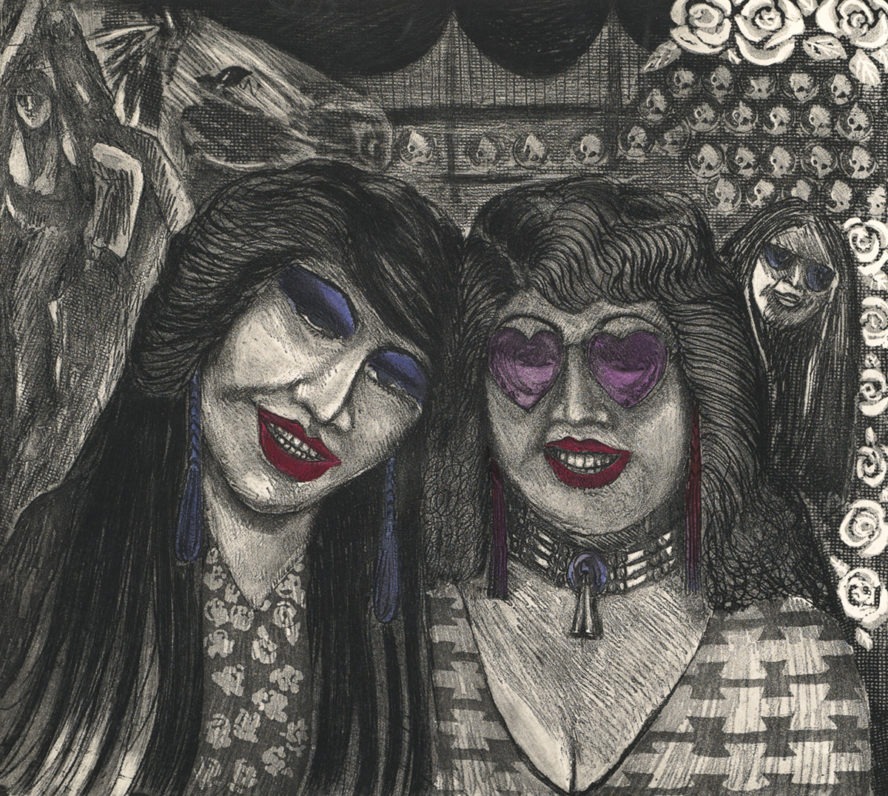 “Purple Flower Girl”
Raised from humble beginnings in a rural town, artist Jean LaMarr celebrates her cultural traditions while making a name for herself in the larger art world. Purple Flower Girl will take viewers into a space meant for those who are unfamiliar with LaMarr’s legacy and its impact.
Director and Producer: Tsanavi Spoonhunter
Cinematographer and Colorist: Christian Lee Collins
Composer and Re-Recording Mixer: Conor Chee
Editor: James Tensuan
“Sagebrush Heathen”
Jack Malotte’s work showcases the Native American experience by way of art, and challenges Nevada’s political landscape around extraction and nuclear test sites on tribal lands. From his remote reservation in rural Nevada, Malotte presents a unique perspective of what it means to be, what he describes, a Sagebrush Heathen.
Director and Producer: Tsanavi Spoonhunter
Cinematographer and Editor: Tim Lenard
Composer: Sage Romero
Tsanavi Spoonhunter was born and raised in Payahuunadü— “the land of flowing water,” homelands of her Paiute people— located in Owens Valley, California. She is also a proud citizen of the Northern Arapaho Tribe of the Wind River Indian Reservation in Wyoming.
Her ancestry and upbringing in Indian Country have strongly informed her storytelling and artistic vision. Some of her published works have included federal government funding for tribes, jurisdictional issues between governing agencies and economic development on tribal lands.
Spoonhunter’s educational background is rooted in journalism. She earned her Bachelor of Arts degree from the Reynolds School of Journalism at the University of Nevada, Reno; and a Masters of Journalism degree from the Graduate School of Journalism at the University of California, Berkeley with a focus on documentary film.
Her master’s thesis film, Crow Country: Our Right to Food Sovereignty (2020), has screened at festivals and selected venues across the country and has won numerous awards including Best Documentary Short from the American Indian Film Festival. In all, her short films have screened on Alaska Airlines, at the National Museum of the American Indian, The Redford Center, art museums and PBS affiliates.
She serves as director and producer on her first feature-length documentary titled Holder of the Sky (2023). The film has received support from SFFilm, the International Documentary Association, Sundance Institute, the National Endowment for the Humanities, the Center for Independent Documentary, the Native American Media Alliance and the Logan Nonfiction Program. It is currently in production.
Spoonhunter is a 2022 Sundance Institute Humanities Sustainability Fellow, SFFilm FilmHouse Resident and First People’s Fund Fellow. As a Native American reporter and filmmaker, her goal is to pursue the highest levels of accuracy and ethical standards when telling stories about communities across the United States, and abroad.
Image from artist Jean LaMarr.
+ Google Calendar+ iCal Export