The Name of the Machine from the Moon 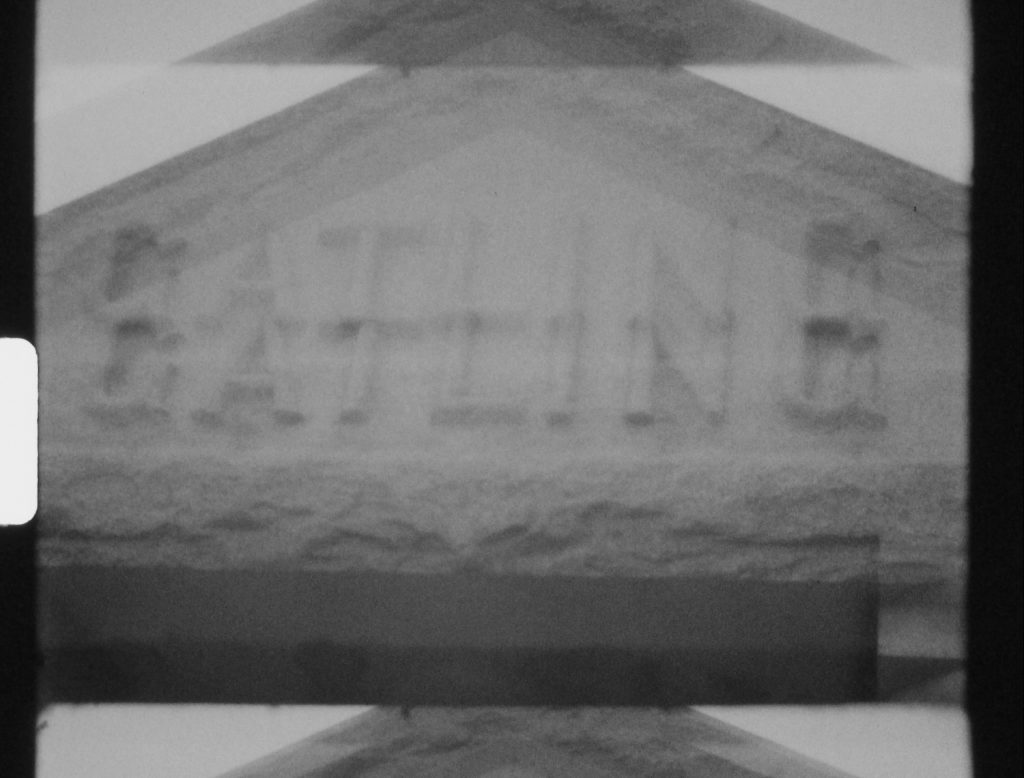 An installation of sound, image and time travel by Toby Kaufmann-Buhler, centering around the inventor Richard Jordan Gatling and a radio play written by literary critic and philosopher Walter Benjamin.

The inventor Richard Jordan Gatling (1818-1903) made a home and started a family with Jemima Sanders in Indianapolis in the mid-1850s. He is most well-known for the early machine gun he invented, to which he gave his name. The design for this gun began with farm equipment (also of his design), then took shape as a complete design and went into production during the 1860s in Indianapolis; the Gatling Gun Company was also formed and headquartered in the city during this time. Currently, the only publicly extant evidence of Gatling’s life (and complicated legacy) in Indianapolis is in the form of a large grave memorial for his family in Crown Hill Cemetery.

Walter Benjamin (1892-1940) was a literary critic, essayist and
philosopher born in Berlin, Germany; he spent most of his early life in Germany, and subsequently he lived itinerantly throughout Europe. Benjamin had a complicated and largely unfruitful relationship with the German academic establishment, and resulting from this and the scattered nature of his work in WWII-era Europe, his writings (which have had a large impact on studies in the humanities and the arts) have been mostly published posthumously. His scripted work for the German radio during the years 1927-1933 has only recently been translated and published in English.

Both Richard Jordan Gatling and Walter Benjamin are relations in the artist’s family; as such the work presented here seeks to explore what connections can be made between them.

This project is made possible by support of the Indiana Arts Commission.