The Haiga Duo with Eric Salazar at Listen Hear 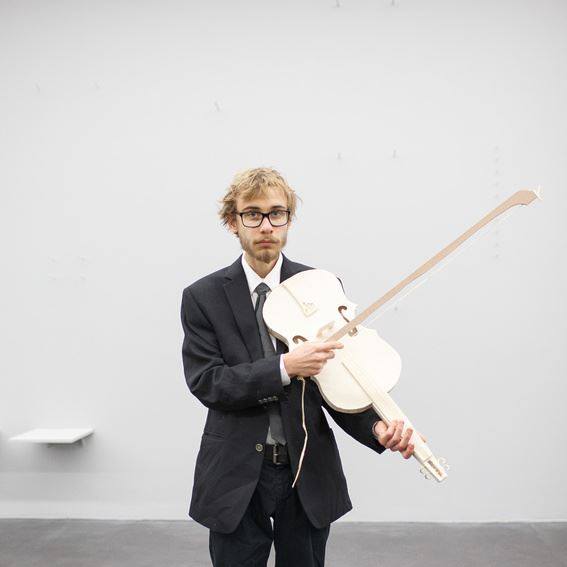 ERIC HOLLANDER is a multidisciplinary artist in search of mind-opening concepts and better methods for the globalization of original ideas. With extensive exposure in classical viola repertoire (especially focused on 20th and 21st century performance practice), traditional Irish and Celtic music, big band jazz, ska, funk, and free improvisation, Eric has found his way into a wide variety of ensemble, composer-collaborative, and creatively driven experiences. Most notably, he has participated in the Midwest Fleadh Chiol (1st place), the Massachusetts 2014 ASTA competition (2nd place), The Bowdoin International Music Festival, Gamper New Music Festival, and The Lucerne Festival Academy. Besides his musical adventures, Eric is deeply involved in poetry writing and works as the editor-in-chief of Crook & Folly literary magazine. Eric received his BM in viola performance from the Boston Conservatory in 2014 and an MA in writing and publishing from DePaul University in Chicago, Illinois in 2015. Recently, Eric has been working extensively with keyboard artist, Jason Chen – whose positive collaboration, enthusiasm, and psychological tolerance he considers to be absolutely unparalleled.

Since his move to Chicago in summer 2015, JASON CHEN has been present primarily as a recent graduate in piano performance from a neighboring university and a freelance accompanist to the performance circle – despite his occasional reluctance. A peculiar tendency to indulge in any activity that would potentially prevent him from practicing the piano has recently brought him to the unexplored territory of playing other types of keyboard instruments, specifically the accordion and melodica. Jason works extensively with Eric Hollander, whom he considers one of the most politically incorrect, lucid and sincere violists and chamber music partners he has known thus far.