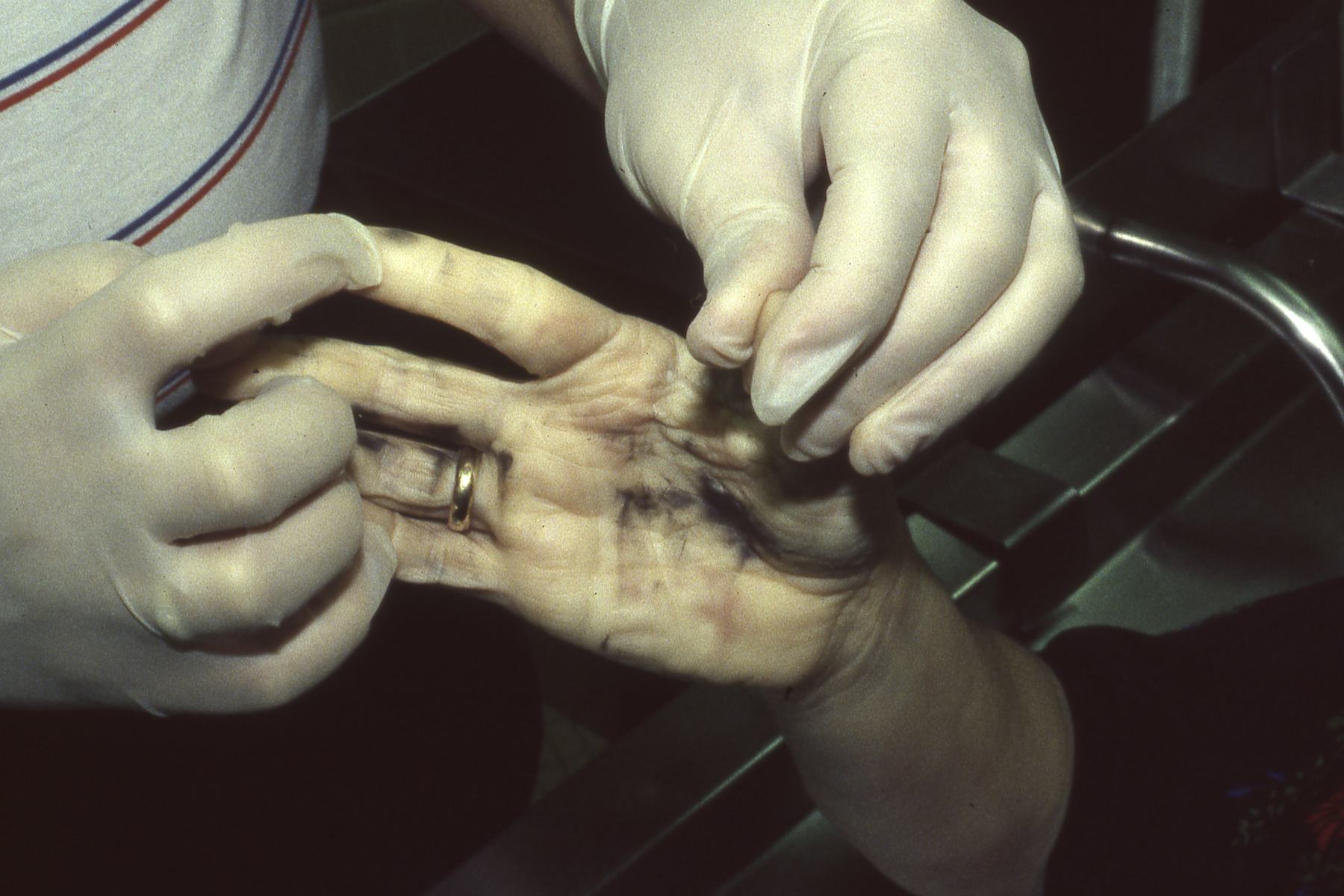 “I never thought about death until I was forced to confront it, which fortunately wasn’t till much later in my life. But for some, and for most of us eventually, it is a source of fear and animosity. It is the very propelling mechanism pushing us toward a gradual disintegration and by this natural process we imprint ourselves into the places we’ve been, the things we’ve done, the people we’ve encountered. And, like it or not, these images, objects, and voices form a life once here, later vanished, and eventually slipping outside living memory to a complete oblivion. It is this obsession with mortality that the idea of art, specifically photography, hopes to transcend.

When my brother and I unearthed these photographs in our grandpa’s attic, we were not horrified at their unrelenting depiction of violence and death, because we both knew he was a pathologist for over thirty years. It wasn’t out of the ordinary as a kid to browse his computer and happen upon a folder filled with gruesome snapshots of a man’s head blown apart by a shotgun. But what struck us both was a novel approach to understanding and excavating a very familiar person in our family and a place we consider our home.

All of these photographs were taken between 1981 and 1990 when our grandpa served as coroner in northern Indiana. (He likes to boast, “I had more votes than Reagan.”) It isn’t surprising he was chosen as the obvious candidate. The previous coroner owned the funeral home and preferred to ship the cadavers out, rather than investigating the cause of their death. Also, our grandpa has always been meticulous and, something I’ve always admired, an auto-didact. He has that natural bent to seek out the solution to a problem or investigate a topic till there’s nothing left to discover. From the time I can remember, he’s always had a book in hand, reading with a true, catholic interest.

When I asked him, “Why did you choose to be a pathologist?” He answered with an anecdote: When he was ten, he spent the whole year in bed with rheumatoid arthritis. The doctors, hoping to save time, decided to wheel him into the lab and run various tests, rather than go back and forth between the lab and his sickbed. While in the lab, listening to the doctors talk jargon and watching the vials and equipment around him, he developed an affinity for the medical sciences. He never forgot this obsessive, scientific procedure to diagnose and solve human ailments. I also asked him about the constant proximity to death and tragedy, assuming this had some deleterious effect on his psyche, but he described the cadaver as a thing without a soul. The only incident which bothered him was an early autopsy of a child who choked on a jellybean. She was coincidentally the same age as his daughter at the time.

He moved with my grandma to a small town in Indiana shortly after finishing medical school. They have lived the majority of their life surrounded by the flat, Midwest landscape. It is this same place I romanticized growing up. The cash crops rotating through the seasons, or the empty storefronts downtown, or the faded signs pointing nowhere – they all had this tarnished emblem of time past, which I thought had a bucolic, timeless quality, as if this Indiana never changed. I had no conscious awareness of the very real, apparent violence shown in these photographs. To me, the slowness and consistency of rural Indiana was a quick salve to my adolescent anxieties. This was not anchored in reality, but a fantasy to suspend my ordinary life back in the suburbs of Indianapolis and indulge in the idea that the country had a sort of unchanging innocence.

This, of course, was far from the truth. Like most America, it is still struggling with an abhorrent intolerance to anything considered different than the status quo. It is deeply scarred by a heritage of racial violence, specifically against the Miami tribe and the egregious history of sundown towns. The stereotype of the backward, rural person today is not a complete picture, but there is an element of truth in the stubbornness to see outside the tight reign of American Christianity, or the systemic problems of valuing ignorance over intelligence, and toughness over understanding. This does not always translate to a general judgement for each individual, but it does serve, especially in today’s political climate, as a sweeping preoccupation at the forefront of American life (and, it could be argued, for the last hundred years).

In conversation with my grandpa, our own separate ideologies were apparent, not only by the political connotations, but also his generational tropes: skepticism towards emotions (“I can love you and not feel much about you,” he told me over the phone), a belief in one’s own honest work, and Judeo-Christian values. Some of these attributes (determination, responsibility, commitment, trying to live a good life) are admirable and can be clearly seen in our grandpa’s life, but it is always more complicated than we believe.

It is these photographs, by their perhaps shocking reality, that enliven a unique perspective and showcase distinct contrasts, like those between the violence of a car wreck or isolated suicide to an almost timeless, rural landscape. The tragic nature of these photographs emphasizes the end of a person’s life and informs their entire past. The end always turns back to the beginning. These are not complete portraits, only a fragmented collection. They serve as a great reminder that the life examined never ends but continues well beyond our period of disappearance.” –Taylor Lewandowski