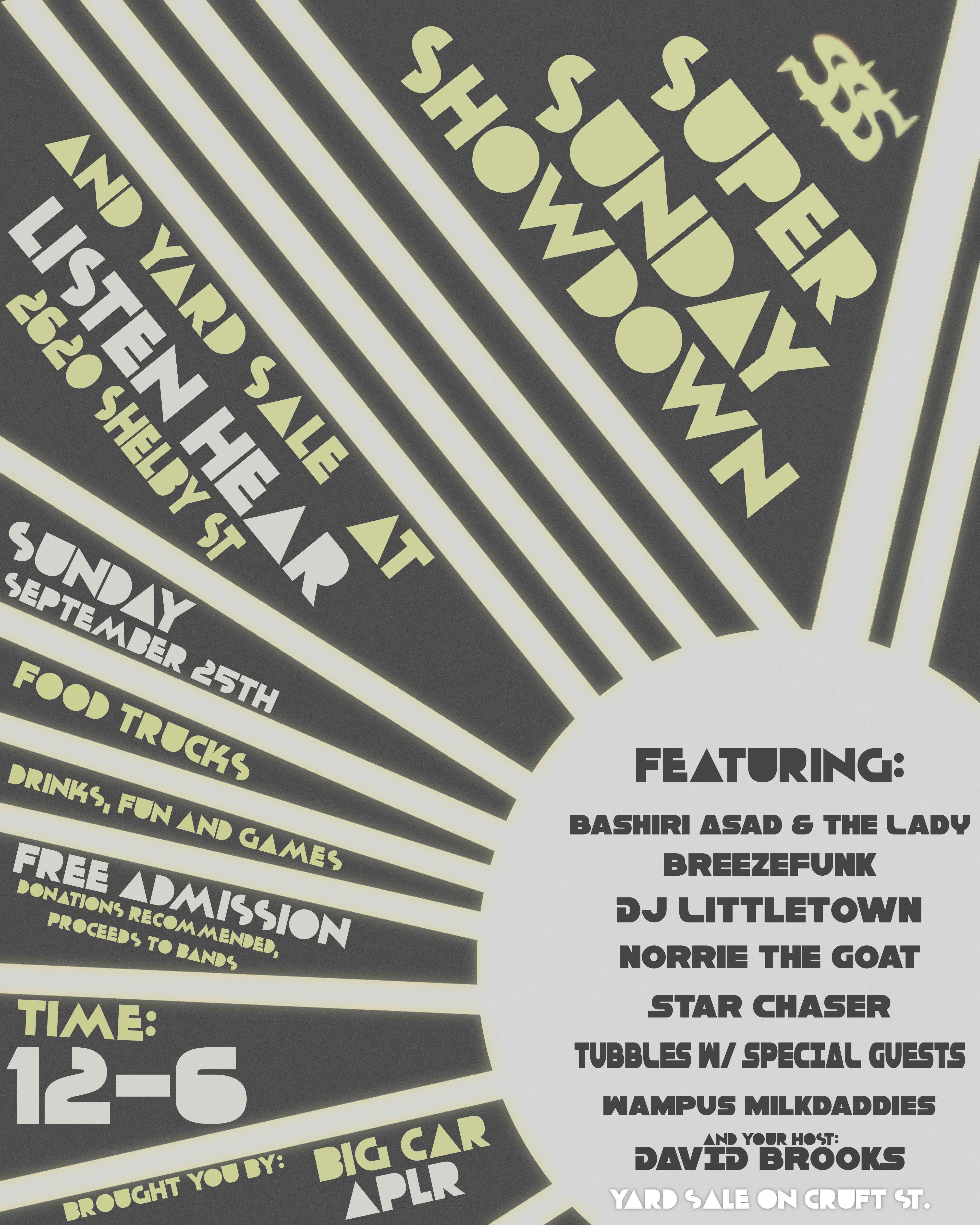 Live Music, THE Torta Food Truck, drinks, yard sale and the Colts Game —outside and inside of Listen Hear.

Organized by Clint Breeze and other Artist Public Life Residency artists, the event is free but donations are recommended, 100% will go to pay the musicians.

“I consider myself to be an artist rather than a rapper because of what I bring to the table. I produce and engineer my own sound and I created my own sound from scratch. I started making beats, rapping, engineering, mixing and mastering my own music in 2014.”

A little more progressive, a little more modern and a whole lot louder—that’s Kara Tucker’s approach to StarChaser, a band born out of her previous music group Elliot Bigger in pursuit of creative freedom and a brand-new sound. Tucker, who has been playing music around Indy since 2006, serves as the group’s guitarist and vocalist. Backed by her husband Nick Teedo on the bass and Dorian Phelps’ killer drum skills, she’s writing songs for the band’s debut record, which will blend together progressive metal, rock and pop.

Acknowledging that each of us has a priceless gift that we must harness and share with the world, Bashiri Asad has come to define his sound as “IndySoul.”He laughs. He cries. He loves. He dreams. Just like you, everyday. He feels deeply, and turns his feelings into music. Soul music. Music that says exactly how you feel, everyday. Bashiri Asad is the “Everyday Soul Singer,” and he will remind you that feeling what you feel, in your soul, is just fine.
IndySoul is his passion, and he exudes this with every song!

Jessica DJ Little Town is a selector and master of mixing music! Indianapolis born with dual citizenship belonging to Brazil, Little Town began collecting vinyl records at the age of 12 with great influence from her older sister who worked at a record store. From there, she learned to mix on vinyl and gradually entered the MP3 mixing world. Her first major performances include; CultureShock Festival 2015, Chreece Festival 2016, Bloco do Rodrigo S Block Party 2017, Body Mechanics (Residency) at the Root Cellar 2017, Soul’d Out All Vinyl Dance Party (Residency) at Square Cat Vinyl, and Low Pone Queer Dance Party (Residency).