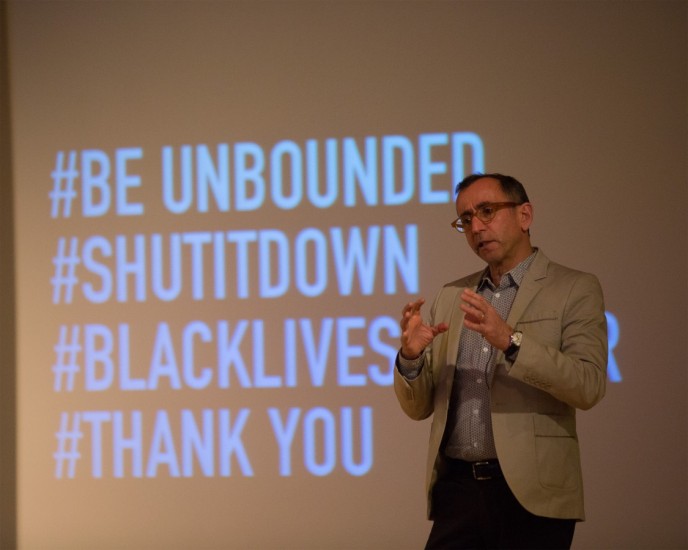 Nicholas Mirzoeff is a visual activist, working at the intersection of politics, race and global/visual culture.

Among his many publications, The Right to Look: A Counterhistory of Visuality (2011) won the Anne Friedberg Award for Innovative Scholarship from the Society of Cinema and Media Studies in 2013.

How To See The World was published by Pelican in the UK (2015) and by Basic Books in the US (2016). It has been translated into ten languages and was a New Scientist Top Ten Book of the Year for 2015.

His new project, The Appearance of Black Lives Matter was published in 2017 as a free e-book, and in 2018 as a limited edition print book with the art project “The Bad Air Smelled Of Roses”  by Carl Pope and a poem by Karen Pope, both by NAME Publications, Miami.

Since Charlottesville, he has been active in the movement to take down statues commemorating settler colonialism and/or white supremacy and convened the collaborative syllabus All The Monuments Must Fall.

A frequent blogger and writer, his work has appeared in the New York Times, the Guardian, Time and The New Republic.