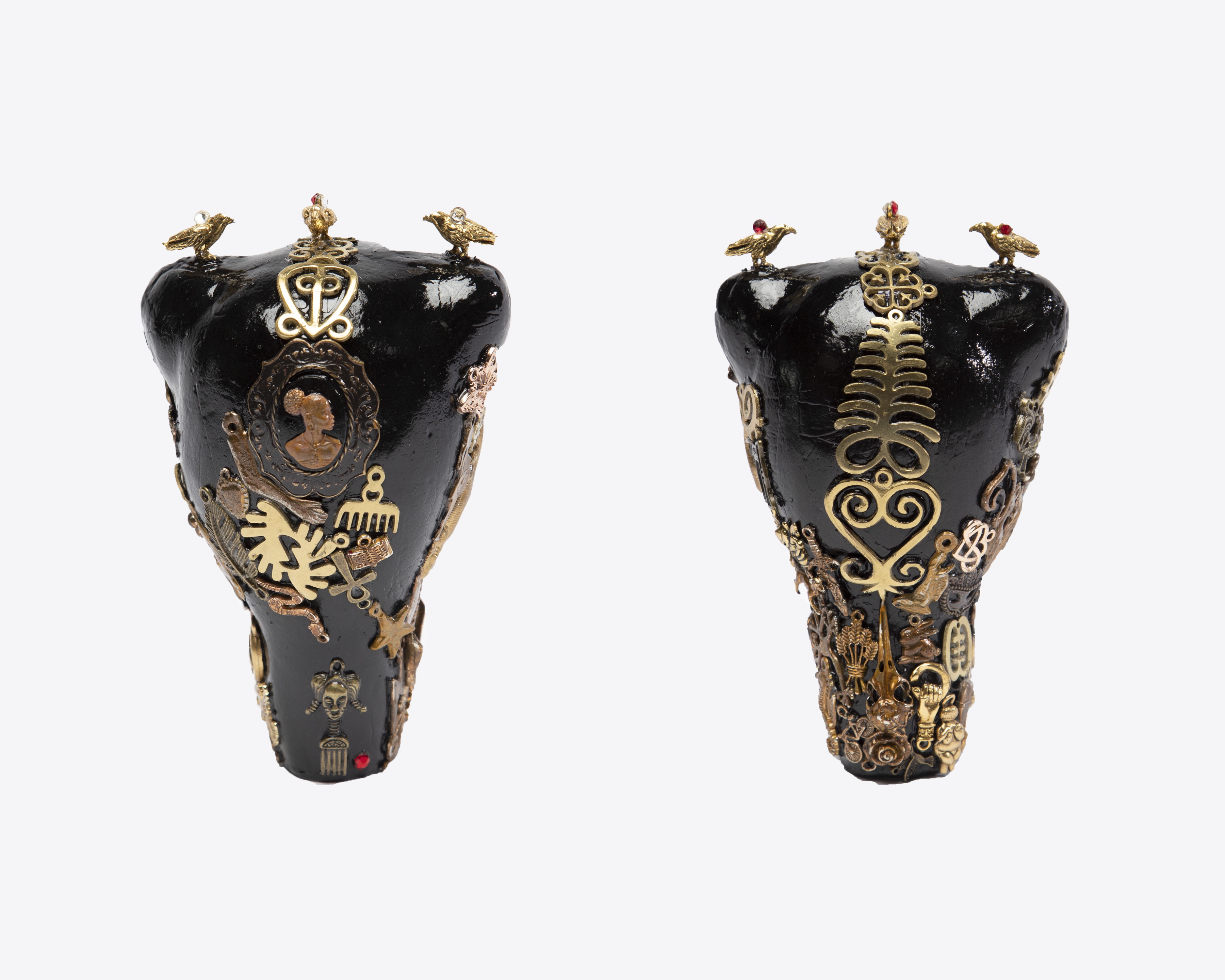 Sister Song: The Requiem is a community-based project that examines how art and community co-creation processes can be used to heal the intergenerational trauma associated with enslavement and its aftermaths. The project, led by artist LaShawnda Crowe Storm, blurs the lines between the public and private by transforming mundane places into sacred spaces through public rituals.

A requiem is an act of remembrance for the dead. How does honoring the dead give life to the living? How do the living remember their histories while creating new futures? How does embracing  history help us release specific traumas and move toward a future where healing is possible? We explore these questions through the community co-creation process that is at the heart of Requiem: womb making.

Each womb is handcrafted and designed in wax by Crowe Storm, then cast in aluminum. After casting is completed, Crowe Storm invites artists and community members to choose a womb. Womb makers then adapt and modify the womb by following these simple directions: Make this into a talisman or spiritual object to heal your/our histories, be willing to allow what needs to emerge to emerge, and transform the womb to reflect a vision of healing. Each womb maker must also be willing to continuously ask themselves the question, “How do I reclaim the ‘spirit of the womb’ when that spirit has been stolen, harmed, wounded?”

Requiem is the second iteration of Sister Song. The first included 8 wombs that were installed as part of the exhibit Keeper of My Mothers’ Dream (2017, Indianapolis).   Requiem incudes nearly 50 vessels on exhibition: the wombs by the original 8 participants along with 40 others, some invited by the original womb makers and others identified by Crowe Storm. In addition,  some of the original 8 womb makers created new wombs. The exhibit also includes newly commissioned poems by Maria Hamilton Abegunde.

LaShawnda Crowe Storm is a mixed media and community-based artist, activist, community builder and occasionally an urban farmer. Whether making artwork or sowing seeds, she uses her creative power as a vehicle for dialogue around topics such as racial and gender violence, social change and justice. At the core of her practice is a desire to create community; any community in which the process of making art creates a space for difficult discussions with an eye towards community healing. She has received numerous awards for art and community activism. Crowe Storm received an M.F.A. from The School of the Art Institute of Chicago in 2004.