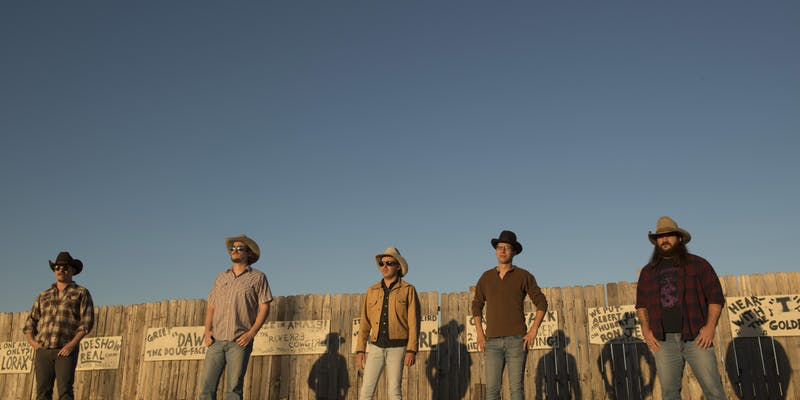 Join Duke’s as we welcome back Mike & The Moonpies. This is a DO NOT MISS show.

On-stage and on record, Austin’s Mike and the Moonpies keep the torch of Texas country burning. Whether it’s a hardcore two-step, freewheeling Western swing, Doug Sahm‘s Cosmic American Music, or George Strait‘s sweet, burnished ballads, Mike and the Moonpies tap into the traditions of the Lone Star State, yet their music feels nimble and fresh thanks to their deft interplay and sly touch.

A nascent version of Mike and the Moonpies premiered in 2008, with guitarist Catlin Rutherford leading a variety of musicians through a Monday night residency at the Hole in the Wall, a dive on the University of Texas drag. Toward 2010, the band solidified around Rutherford, vocalist Mike Harmeier, steel guitarist Zach Moulton, drummer Kyle Ponder, and bassist Preston Rhone, with this lineup releasing the independent The Real Countrythat year. Pianist John Carbone joined in 2011 and the band claimed the East Side venue the White Horse as its new Austin haunt. The following year found the band releasing its second album, The Hard Way.

After the release of The Hard Way, Mike and the Moonpies continued to tour regularly, expanding to the rest of Texas. The group’s third album, 2015’s Mockingbird, began to earn the group attention outside of Texas. After delivering a double live album called Live at WinStar World Casino & Resortin 2016, the group returned in early 2018 with its fourth studio album, Steak Night at the Prairie Rose. (source: Allmusic.com- written by Stephen Thomas Erlewine)