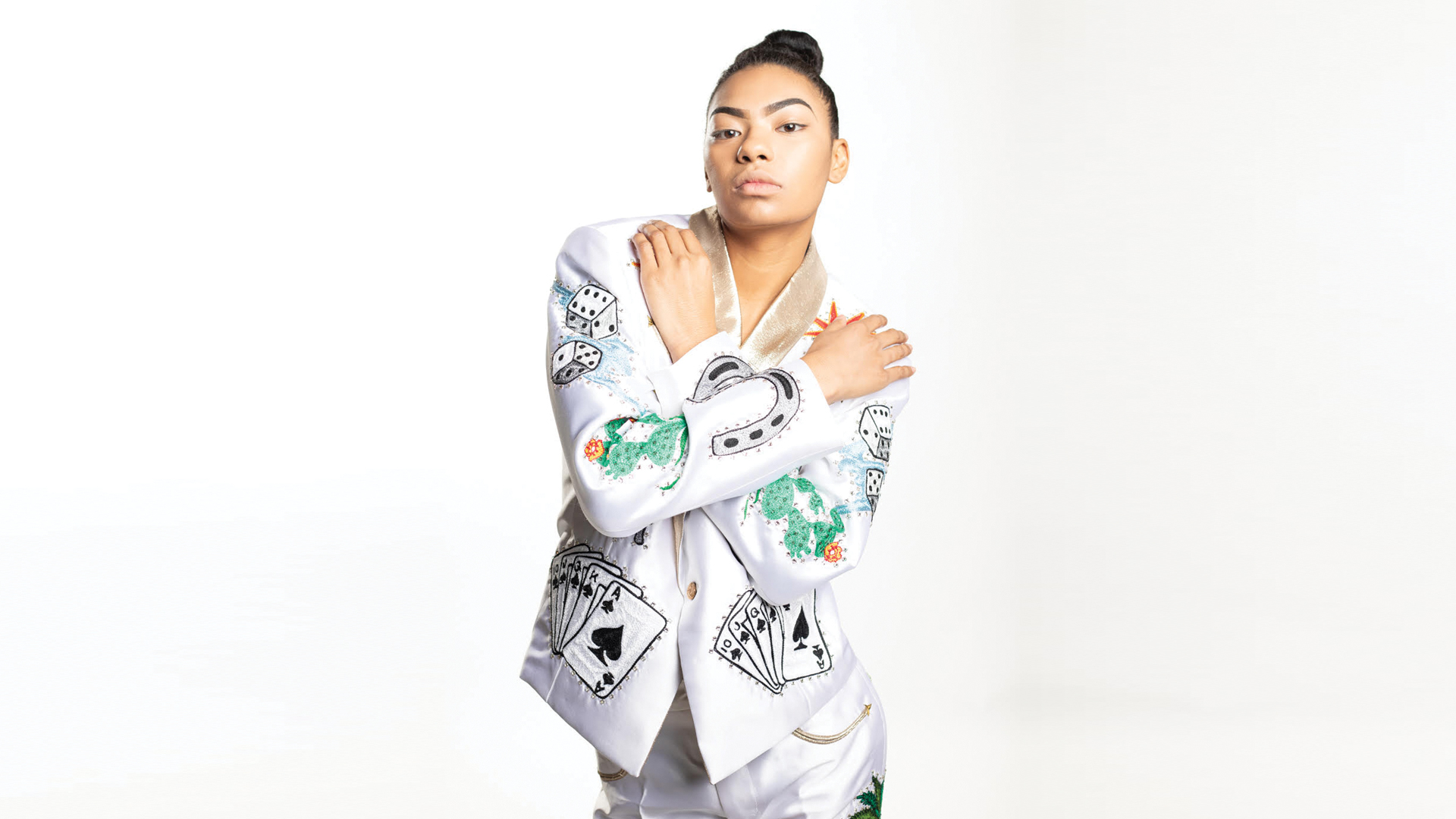 Jerry Lee Atwood’s custom Western wear stands at the apex of contemporary culture and fashion history. It serves as a bridge between traditions of the past established by great Western wear clothiers like Nuta Kotlyarenko, known professionally as Nudie Cohn or Manuel Arturo José Cuevas Martínez Sr., best known simply as Manuel, and our modern pop-culture pantheon represented by artists such as Orville Peck and Post Malone. Working under the moniker, Union Western Clothing which he founded with his partner Joe David Walters, Atwood’s custom work represents a convergence of made to measure traditions with an impossible to ignore, ‘in your face’ visual literacy.
A Union Western Clothing suit can take up to 120 hours to make. Atwood starts with a conversation preferring to work with his clients directly and sketches the design. From there he drafts the pattern, cuts the pieces (made to measure of course), applies the motifs and finally embroiders each finished piece using a complex method of chain stitch and handwork. His practice harkens back to the tradition of couture where designers created one of kind garments specific to the size, shape and tastes of a client. But Atwood’s practice goes further. He is not only a fabric artist but also a story teller. His hand drawn sketches used to support his embroidery mirror the flash art traditions of stick and ink tattoos, while his bold graphic motifs tell a story about their wearer, not unlike the way quilters use applique shapes to illustrate family, hardships or moments of celebration.

Take for instance the suit Atwood created for renowned Nashville musician Joshua Hedley which he wore for the cover of his 2018 album, Mr. Jukebox. When Atwood got the commission he asked Hedley a series of questions, standard practice for the designer, in order to reach in and pull from the client what the suit should look and feel like. But more so, this step has to do with what the suit should communicate. Hedley who is a Nashville fixture, grew up in Florida. It was important to him that, that part of his personal history come to the fore. Hedley’s ‘Everglade’ themed suit features panthers, trees, snakes and herons all of which stood to represent the state Hedley knows and loves, and serve as an extension of himself.

Atwood began his artistic journey in 2001 while working in a coffee shop. Already honing his embroidery skills, he decided to teach himself how to rhinestone. Inspired by the images represented on the covers of many of his father’s country western albums followed by several trips to Nashville, Jerry began incorporating rhinestones into his practice and slowly, layer by layer built up an arsenal of techniques and styles. Within twenty years those styles would be seen by people all over the world in the music video ‘Old Town Road’ staring Lil Nas X and Billy Ray Cyrus. The song had a difficult time finding a place on Billboard’s country chart after editors claimed it “lacked clear elements of the genre.” But Lil Nas X pushed forward. He not only found his footing on the charts, but ‘Old Town Road’ spent an unprecedented 17 weeks in the number one spot. Within no time, Atwood’s design and aesthetic permeated bars, dance clubs, and households across the globe. The Black cowboy is not new. Western historians estimate that one in four cowboys of the mid-1800s American West were Black. But this component of our history has all but been erased from our understanding of the cowboy. Collaborations like the one between Lil Nas X and Atwood help to correct this grave this misconception and give proper acknowledgement to a segment of cowboy culture too long ignored. Atwood’s work for artists like Lil Nas X and Post Malone have pervaded our ethos in a such an impactful way that his suits are immediately recognized by people ages 5 to 85. While fans may not necessarily know Atwood by name, his work occupies a central position in this pivotal moment of our present culture. You see Union Western Clothing is everywhere, you just need to know where to look.– Petra Slinkard

In partnership with the Eiteljorg Museum. Made possible by The Efroymson Family Fund, Duke’s Indy, PATTERN, Zodiac Vintage, Arts Council of Indianapolis, City of Indianapolis – Government, The Andy Warhol Foundation for the Visual Arts..